Fed Cup captain Alicia Molik is at the helm as Australia attempts to take one step closer to its first title in the competition in 40 years. She took time out to speak with tennis.com.au. 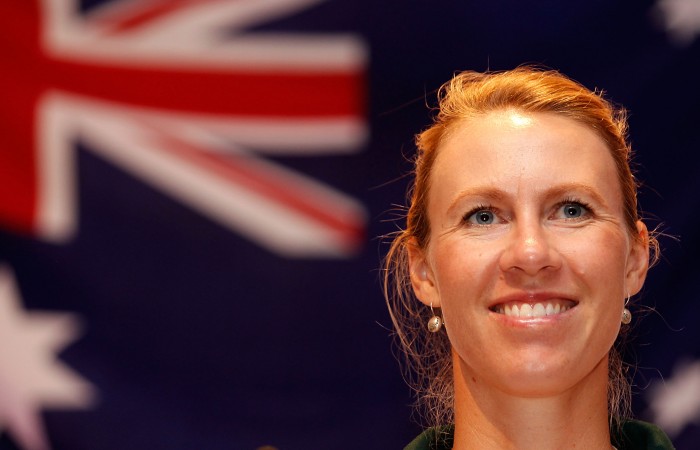 What is your earliest memory of Fed Cup?
I think my earliest memory of Fed Cup was when I played. I joined the team quite young, at 17, I think, was my first experience. My memories of it are learning so many lessons from the senior players, from them giving me the right level of instruction and the level of commitment it takes, not just to practice but to commit to the sport day in day out, so I learned so many valuable lessons from my peers.

What is your greatest memory of representing Australia?
Greatest memory has to be winning a bronze medal (in singles) at the Athens Olympics.

Who has won the most singles matches for Australia? Evonne Goolagong, Sam Stosur or Alicia Molik? (Stosur 27-11)
Sam.

If you could choose one Australian player from history playing at their prime to substitute if one of the girls was injured who would it be?
That’s really tough. You know what, if it came down to a live fifth rubber I’d say Rennae Stubbs, not just passionate but wears her heart on her sleeve. (She) would give anything for Fed Cup, for her teammates. Her passion on the match court, I think it was just an extension from the practice court. I’d throw her in for the final doubles rubber.

Who’s the funniest on the team and who cracks the worst jokes?
I think probably Casey has a few good stories. She’s always entertaining.