Australia's bid to remain in the Davis Cup's top tier has received a boost after being drawn to host Uzbekistan in September's World Group play-offs. 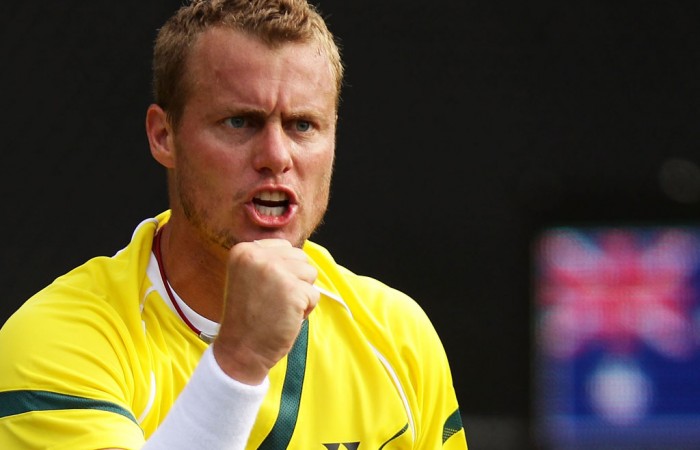 Australia’s bid to remain in the Davis Cup’s top tier has received a boost after being drawn to host Uzbekistan in September’s World Group play-offs.

Pat Rafter’s squad will meet Uzbekistan for the second time in as many years, having defeated them 3-1 away from home in an Asia-Oceania tie in 2013.

With home court advantage on a surface of Australia’s choosing, Australia will be favoured to claim victory again and secure a berth in the competition’s top 16 in 2015.

Rafter’s squad was forced back into the playoffs after suffering a 5-0 defeat on clay away to France in the first round of the World Group in February.

Australia had returned to the top tier for the first time since 2007.

In being handed the favourable draw on Tuesday, Australia avoided potential match-ups against the likes of Netherlands, Slovakia, Ukraine, Brazil or Colombia.

Uzbekistan qualified for the play-offs with a 3-2 win over China in Tianjin last week.

World No.202 Farrukh Dustov clinched victory in the final rubber after top-ranked Uzbek Denis Istomin was upset by Wu Di in the penultimate match.

An in-form Tomic defeated both Istomin and Dustov in claycourt singles matches when the nations met in Namangan in April last year.

Australia, 28-times Davis Cup champion, then defeated Poland in Warsaw in September to secure a long-awaited return to the World Group.

In other notable World Group play-off ties, 2013 runners up Serbia are away to India while the USA will host Slovakia.