Sam Stosur celebrated her 30th birthday over the weekend in Charleston, one of her favourite cities in the world. 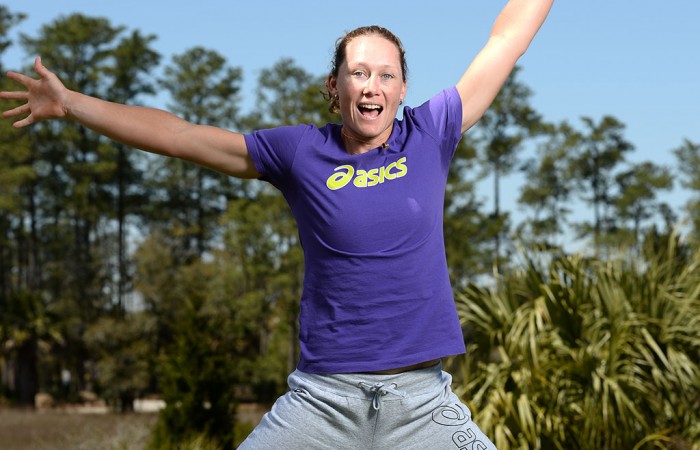 Sam Stosur celebrated her 30th birthday over the weekend in Charleston, one of her favourite cities in the world.

Stosur is in Charleston this week for the Family Circle Cup, a WTA Premier event at which she won the title in 2010.

The stop marks the first leg of Stosur’s claycourt swing, culminating with the French Open at Roland Garros in late May.

The Australian featured on the WTA’s Live All Access Hour the day after her birthday, and recounted the details of her celebrations on what is regarded as a milestone age.

“Oh it was fine. I’m not feeling sad or sorry for myself or anything just yet,” she laughed.

“And the first day’s been pretty good, so it’s nice. I guess if you can’t be home it’s nice to be in Charleston. I’ve had a few birthdays in Charleston in my lifetime so it was nice to have another one (here).”