Sam Stosur is the seventh seed at this week's Family Circle Cup in Charleston, with fellow Australian Jarmila Gajdosova joining her in the main draw via qualifying. 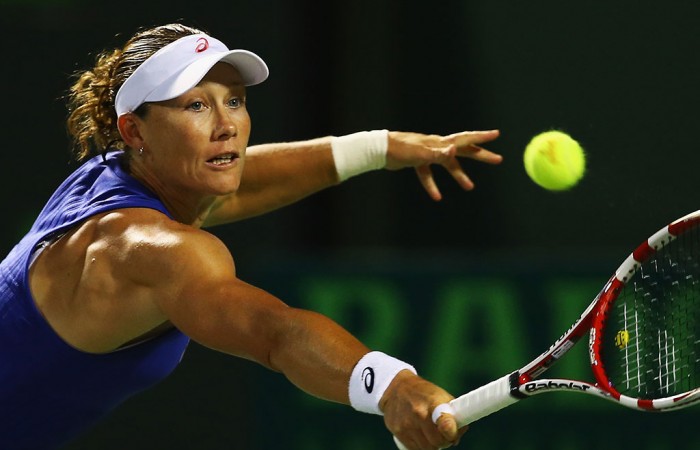 Sam Stosur is the seventh seed at this week’s Family Circle Cup in Charleston, South Carolina.

The Australian triumphed at the green claycourt event in 2010 and returns to one of her favourite stops on tour for the eighth time to kick off her 2014 claycourt campaign.

Joining Stosur at the tournament is compatriot Jarmila Gajdosova, who won two qualifying matches to advance to the main draw.

Gajdosova overcame former world No.26 Tamira Paszek in her first round qualifying match in Charleston before battling past emerging junior talent Taylor Townsend in three sets in a match lasting almost two-and-a-half hours.

The 26-year-old, who hasn’t competed on tour in six weeks since her appearance in qualifying at the WTA event in Rio de Janeiro, opens against Elina Svitolina of Ukraine.

Stosur, meanwhile, has been awarded a bye into the second round.

There, she will meet the winner of the match between Yaroslava Shvedova of Kazakhstan and Chinese qualifier Zheng Saisai.

Serena Williams heads the tournament as the top seed and two-time defending champion, while 2007 winner Jelena Jankovic is seeded second. The draw features seven of the world’s top 20.

The Family Circle Cup, staged every year since the WTA’s inception in 1973, is the longest-running and richest women’s-only professional tennis tournament in the world.