Sam Groth's victory at the Rimouski ATP Challenger event at the weekend marks the biggest professional title of the Victorian's career to date. 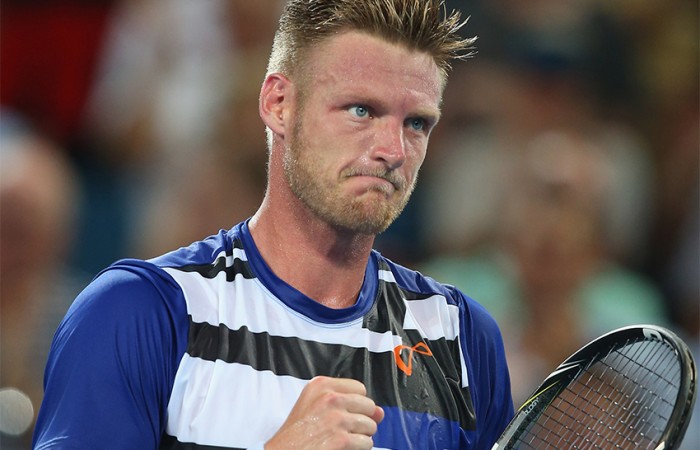 Sam Groth’s victory at the Rimouski ATP Challenger event at the weekend marks the biggest professional title of the Victorian’s career to date.

Groth defeated Ante Pavic of Croatia 7-6(3) 6-2 to win his first Challenger title after three previous finals appearances at that level.

The world No.171 was forced for fight hard in his quarterfinal against No.6 seed Andreas Beck of Germany, winning in a third-set tiebreak before breezing through his semifinal against American Austin Krajicek.

“It’s great to win here as it was my third time in Rimouski. I’m having a great start of the season. I made the quarters in Brisbane, I qualified in Indian Wells and now I just won my first Challenger,” he told atpworldtour.com.

“I was very nervous today at the beginning of the match but once I was able to come on top, I played much better.”

Groth stands to rise above his career-high ranking of 157th when the new rankings are released on Monday.

At it would be reward for a continued run of good form for the big-serving Aussie in 2014; his recent qualification at Indian Wells marked the first time he had successfully qualified for an ATP Masters 1000 event.

Groth will look to extend his winning streak when he contests this week’s ATP Challenger event in Guadalajara, Mexico – he opens against Spaniard Ruben Ramirez Hidalgo.