Dellacqua fights, but falls to Venus

UPDATE 2.30pm: Casey Dellacqua fought for almost two-and-a-half hours before succumbing to Venus Williams in a three-set thriller in the third round of the Sony Open on Sunday. 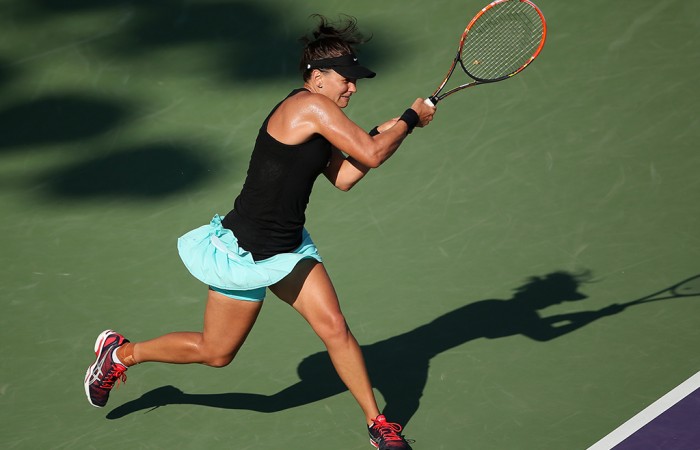 Casey Dellacqua fought for almost two-and-a-half hours before succumbing to Venus Williams in a three-set thriller in the third round of the Sony Open on Sunday.

Playing on Miami’s Stadium court, the 29th-seeded Williams finally subdued the challenge of the Australian on her second match point, winning 6-4 5-7 6-4.

Williams looked set to breezed through the match when she raced to a 5-1 lead in the opening set.

But Dellacqua, in the form of her life, summoned some crisp hitting to get scores back to 5-4, before Williams eventually closed out the set.

“I probably in the first set had to get used to the conditions a bit playing out there against obviously one of the best players who’s played the game before so just was a bit of an adjustment period for me,” Dellacqua said.

“But then once I settled down and found my way, I thought my level of tennis was pretty good, and I thought we played a pretty good match.

Dellacqua said that although she wasn’t the crowd favourite against Williams – who lives in nearby Palm Beach Gardens – she enjoyed the experience of playing on Crandon Park’s premier show court.

“That’s what we play for, you want to play on the big courts against the best players, and yeah I really enjoyed it out there,” she said.

“Unfortunately I couldn’t really scrap over the line there, but so be it.”

In a tightly-contested second stanza, Dellacqua broke serve in the 11th game and dutifully served out the set to level the match.

Williams wrested control of proceedings at the beginning of the third set, breaking in the sixth game to establish a 4-2 lead.

But as she’d done in the first set, Dellacqua recovered, breaking back immediately and going on to level scores at 4-4.

Williams, a seven-time major winner and recent champion in Dubai, raised her game when she needed it most.

She held comfortably for a 5-4 lead and moved ahead 15-40 in the final game; although Dellacqua saved one match point with a net cord winner, she couldn’t save a second.

“In the end Venus probably served a bit better and was a little bit more aggressive,” the Australian reflected.

“But in general, definitely had my chances, and hopefully I can learn a lot from that and keep moving forward.”

Williams will meet 10th seed Dominika Cibulkova in the fourth round.