With a history of performing strongly in March, Sam Stosur is looking forward to beginning a five-week swing throughout the United States and building on her already-promising start to the season. 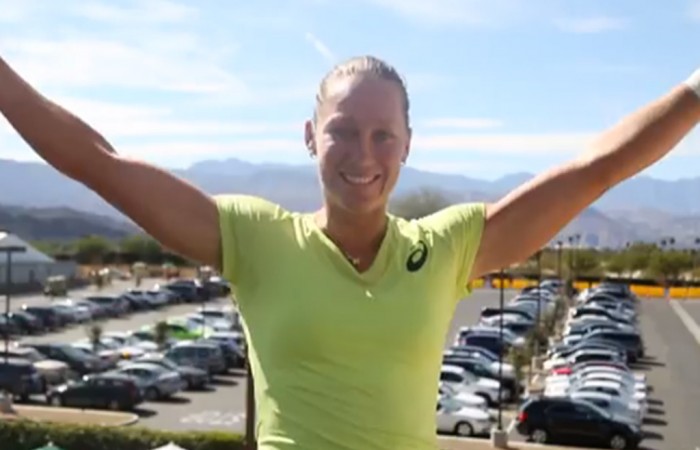 With a history of performing strongly in March, Sam Stosur is looking forward to beginning a five-week swing throughout the United States and building on her already-promising start to the season.

The world No.17 is this week in California for the BNP Paribas Open at Indian Wells, before heading to Miami for the Sony Open. She’ll then hit Charleston for the Family Circle Cup, a tournament she won in resounding fashion during her claycourt hot-streak of 2010.

The slow hard courts of the Californian desert have been a happy hunting ground for the Aussie; last year she reached the quarterfinals and in 2010 went all the way to the semis.

“It’s always nice to go to events that, one, you like being at, and then two, where you feel like you’ve had some success,” she said.

“This is a good time of the year. I really like the tournament at Indian Wells. Even though it’s a really big event and everyone’s out there to try and win it, it’s still actually quite relaxing being there, it’s a lovely place. You’re on the court, you can do everything you need to do, but when you’re off it is actually quite relaxing which you can’t say for a lot of places.

“Even compared to Miami (which is) kind of hectic the whole time, it’s amazing the contrast; even though the two tournaments are the same size and pretty much the same people go, it’s amazing the difference in the feeling of the two places.”

Having been awarded a bye into the second round, Stosur opens her singles campaign against old rival Francesca Schiavone.