UPDATE: Sam Stosur has arrived in Hong Kong to participate in an exhibition against Chinese star Li Na on World Tennis Day. 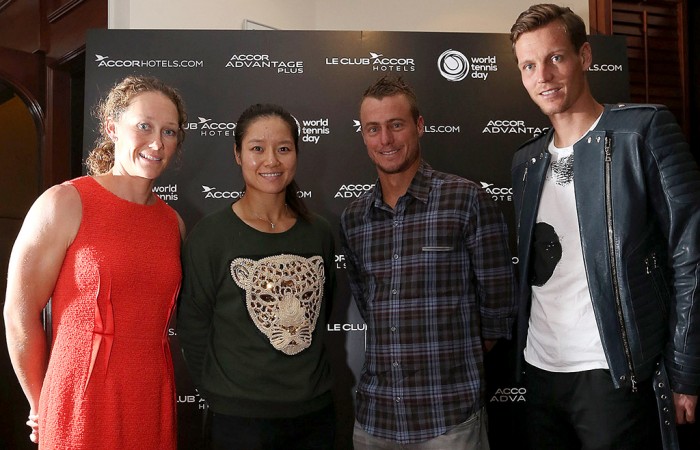 Sam Stosur has arrived in Hong Kong to participate in an exhibition against Chinese star Li Na on World Tennis Day.

Stosur, the 2011 US Open winner, will battle reigning Australian Open champion Li at the Hong Kong Veledrome on the evening of Monday 3 March.

Stosur’s countryman Lleyton Hewitt will take on Czech top-tenner Tomas Berdych in a second exhibition match at the same venue as part of the World Tennis Day festivities.

Having never before taken part in a World Tennis Day event, Stosur was looking forward to the new experience.

“From what I can gather it’s a pretty big event in Hong Kong … I think it’s going to be a really great night and I’m sure it will be full of good tennis and hopefully lots of people come out and watch and we have a really good time,” she said.

Although the match won’t count towards the players’ rankings or official head-to-head, Stosur carries into the match a noteworthy 6-0 winning record over the world No.2.

The Australian has dropped just one set in those six matches; in their last meeting at the 2011 WTA Championships in Istanbul, Stosur won 6-1 6-0.