Melbourne Park's western courts will be open free or charge to the public on World Tennis Day on Monday 3 March. 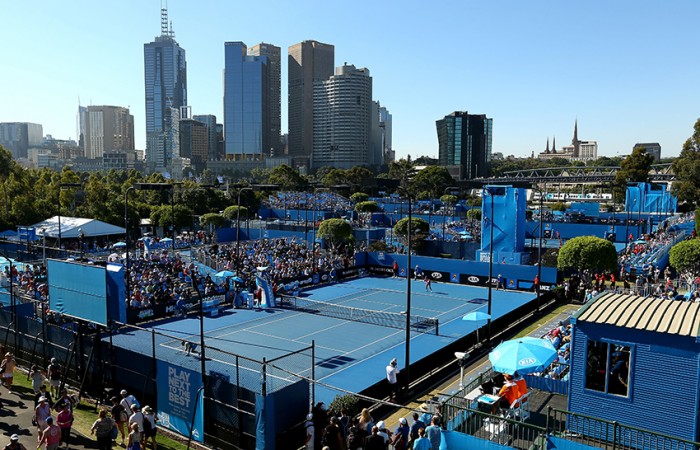 To celebrate World Tennis Day, Melbourne fans will have the chance to hit the Australian Open courts for an afternoon of free tennis on Monday 3 March.

Fans of all ages and tennis abilities will be offered free entry to the Melbourne Park courts from 12pm-4pm, as tennis lovers worldwide join in the celebrations.

Participants can either bring their own racquets and balls or borrow them free of charge from Tennis World for a hit on the famous Melbourne Park courts, where just weeks ago the world’s best tennis players battled it out for Australian Open honours.

The second annual World Tennis Day aims to promote tennis and increase participation in the sport across the globe.

Tennis clubs around Australia will hold free open days this weekend before the celebrations ramp up worldwide on Monday.

World Tennis Day showdowns will also be held in New York and London.

Tennis Australia CEO Craig Tiley said World Tennis Day was a positive initiative for the sport and encouraged local tennis fans to head to Melbourne Park on Monday for a free hit.

“We know that having the world’s best tennis players here during the Australian Open inspires a lot of people to get out and play tennis, and we are delighted to offer Melbournians a free Grand Slam experience as part of World Tennis Day,” he said.

“Last year 58 countries were involved in the initiative and we are encouraging tennis communities around the country to open their courts for free play and the chance to enjoy our great sport.”