Australia’s No. 1 Wheelchair Tennis player and 2012 Paralympic representative Adam Kellerman has signed up to shave his head in support of the World’s Greatest Shave. 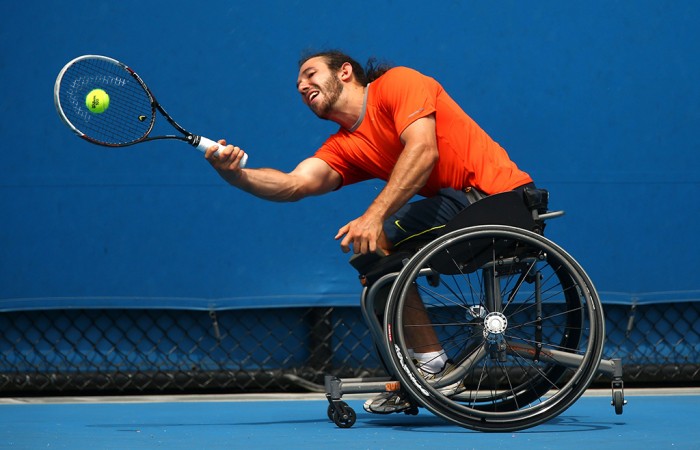 Australia’s No. 1 Wheelchair Tennis player and 2012 Paralympic representative Adam Kellerman has signed up to shave his head in support of the World’s Greatest Shave.

In doing so, the 23-year-old Sydneysider hopes to raise $20,000 to go towards Australia’s Leukaemia Foundation.

The World’s Greatest Shave – a Leukaemia Foundation campaign – is close Kellerman’s heart; this year marks the 10th anniversary of his first hip operation to remove a tumour.

Yet his journey did not end there – he then endured 14 rounds of chemotherapy and subsequent operations.

“I lost my hair twice during the chemo process and in general I felt quite powerless about the things happening to my body,” Kellerman recalled.

“It’s significant for me, 10 years later, to choose to shave my hair off because now I feel completely in control. I’m the healthiest I’ve ever been, in really good shape and I’ve been growing my hair for two-and-a-half years.

“It’s the perfect time to shave it all off for a good cause.”

Ten years ago, Kellerman could have not imagined the achievements he has made in sport, let alone tennis. In 2012 he was a part of the Australian London Paralympic team, and last year he reached his highest-ever ranking of world No. 16, becoming Australia’s No.1 Wheelchair tennis player in the process.

“Ten years ago I had no idea I would ever be playing wheelchair tennis. My sport was soccer and I was set on being able to play again,” he said.

“Even when I did start playing wheelchair tennis I had no idea I could play for Australia, let alone (at) the Paralympics.”