Seven-year-old Jayla Tran had the experience of a lifetime on Monday when she was given the opportunity to hit with Australian Fed Cup captain and MLC Tennis Hot Shots Ambassador Alicia Molik at Sanctuary Lakes Tennis Club. 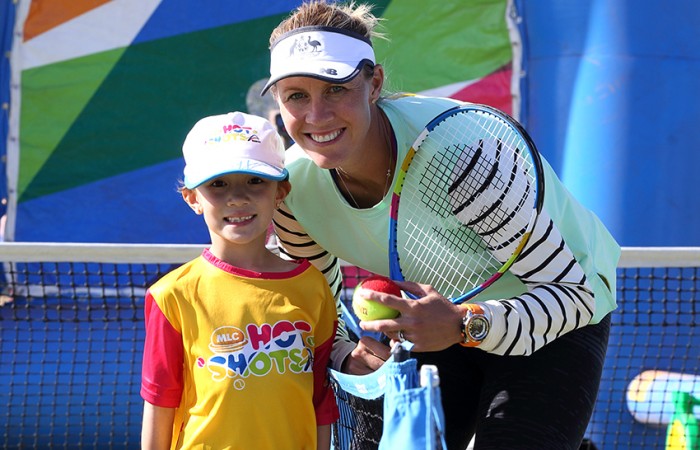 Seven-year-old Jayla Tran (Point Cook, Vic) had the experience of a lifetime on Monday when she was given the opportunity to hit with Australian Fed Cup captain and MLC Tennis Hot Shots Ambassador Alicia Molik at Sanctuary Lakes Tennis Club.

Fresh from Australia’s 4-0 Fed Cup first round win over Russia, Molik took to the court with Tran and three friends after Jayla won Tennis Australia’s MLC Tennis Hot Shot of the Year 2013 award at theAustralian Open in January.

Thanks to MLC, Tran was one of 12 finalists from across the country who enjoyed a once-in-a-lifetime experience at the Australian Open. The MLC Tennis Hot Shot of the Year nominees had the opportunity to go behind the scenes at Melbourne Park, have a hit on Rod Laver Arena, and attend the official MLC Tennis Hot Shot of the Year awards night at Melbourne Zoo.

Jayla, who attends Point Cook College, was recognised for her outstanding participation, enthusiasm and dedication to the MLC Tennis Hot Shots program.

As part of the accolade, Jayla was awarded a private lesson with Alicia Molik and three friends, a year’s worth of free coaching and $5,000 courtesy of MLC.

“I loved having a hit with Alicia,” Tran said.

“She is amazing and gave me some great tips to help improve my tennis.

“I’ve had lots of fun playing Hot Shots and it was very exciting to win the prize. Getting to see everything at the Australian Open was the best.

“I was so shocked when they called my name out. It was really fun to do all the TV interviews.”

MLC State Manager Marc Cassidy has been along for the ride with Tran, awarding her with a trophy and cheque at the awards dinner.

“At MLC, we believe in the power of coaching. I know how much Jayla enjoys working with her coach Mat O’Brien. There’s no doubt that whether it’s planning your finances or hitting the courts, expert coaching will keep you on track to achieve your goals,” Cassidy said. 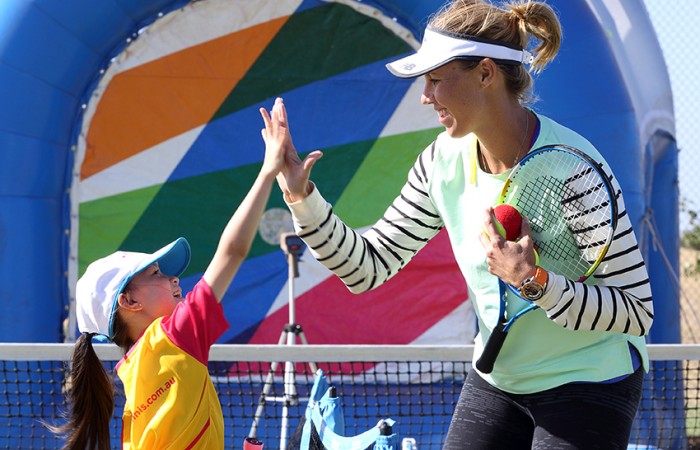