Main draw action kicks off in West Lakes and Launceston with plenty of Aussies in action. 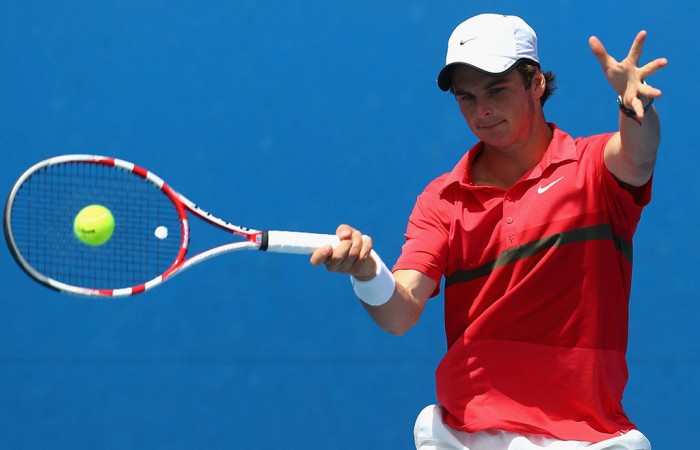 American world No.92 Bradley Klahn will be the first of the main draw matches at the West Lakes Tennis Club on Monday when he plays Australian wildcard Jacob Grills on Centre Court from 11:30am.

South Australian Luke Saville also plays his first-round match against Japan’s Shuichi Sekiguchi in the afternoon and will be hoping to kick start his 2014 campaign.

Sunday’s second round of qualifying saw the South Australian hopefuls knocked out of contention for the main draw with Brad Mousley, Lawrence Bataljin and Darren Polkinghorne all suffering straight-sets defeats.

Australian Open 2014 junior champion Alexander Zverev from Germany outlasted Daniel Guccione in three tight sets to be within one match of qualifying for the main draw. Final round qualifying matches start from 10:00 am Monday.

At the women’s ITF event in Launceston, all seeds got through on Sunday with Aleksandrina Naydenova and veteran Rika Fujiwara breezing through to the next round with relative ease.

The day finished on a sad note with Angelique Svinos suffering what appeared to be a serious knee injury. Svinos was in a tight battle with Isabella Holland when the injury took place.

Monday’s schedule includes the final round of qualifying matches as well as some main draw singles and doubles.

For the Aussies Viktorija Rajicic will face Yung-Jan Chan and play will conclude with top doubles seeds Monique Adamczak and Olivia Rogowska facing off against Misa Eguchi and Tammi Patterson.