The WTA is moving its season-ending championships from Istanbul to Singapore and will revamp it into a 10-day event with music, entertainment and tennis-related symposiums. 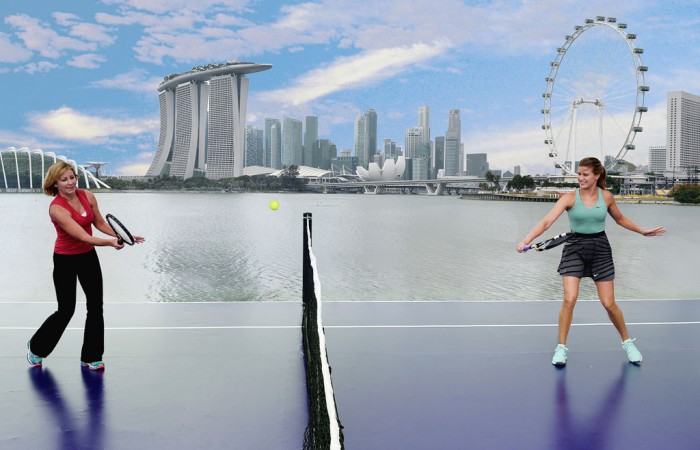 The WTA is moving its season-ending championships from Istanbul to Singapore and will revamp it into a 10-day event with music, entertainment and tennis-related symposiums.

Speaking in Melbourne on Monday ahead of the launch, WTA chief Stacey Allaster said “we’re ultimately in the entertainment business and trying to broaden our reach” and “expand our fan base.”

Allaster said the tour was spending “300 per cent more” on the championships in Singapore than in the past.

Singapore was chosen over the other two finalists: Monterrey in Mexico and Tianjin, China.

The move to Singapore was well-timed to capitalise on growing interest in women’s tennis in Asia, helped by Li Na’s emergence as a top player. The Chinese won the Australian Open singles title on the weekend.

The tournament invites the top eight singles players and will go from four to eight doubles teams.

The expansion to ten days will also accommodate juniors and legends events, plus coaching and other industry-related conferences. It will start off with a weekend of music and entertainment followed by a week of tennis.

Allaster said it was too soon to say which music acts would headline the event, but likened the integration of music and entertainment into the sport to the half-time act at Super Bowl.

“By providing a cool, happening must-attend event with all these other experiences, I know that’s the way to help us drive growth,” Allaster said.