Tomic out for three months

Bernard Tomic will miss Australia's Davis Cup tie after scans have shown he is suffering from a long-standing hip injury. 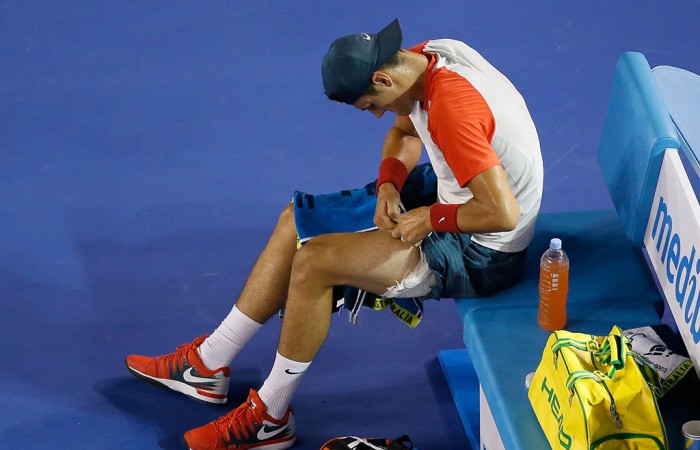 Bernard Tomic will miss Australia’s Davis Cup tie after scans have shown he is suffering from a long-standing hip injury.

A report in Melbourne’s Herald Sun has revealed that the groin tear forcing his retirement from his first round Australian Open match against Rafael Nadal was in fact related to a condition known as femoralacetabular impingement.

It’s an ailment affecting the hip joint, and according to doctors, the 21-year-old could have been carrying the injury for up to a decade without realising.

The injury is common in young to middle-aged athletes – including several AFL footballers – and hinders agility and movement.

Tomic had hoped to delay surgery in order to compete in the World Group tie against France on 31 January to 2 February, but will instead undergo surgery next week following the strong advice of doctors.