Dellacqua ready to take the next step

Whether it is via an epiphany or the natural process of maturity, Casey Dellacqua is still learning, both about the game and about her own ability. She is now ready to take her game to the next level. 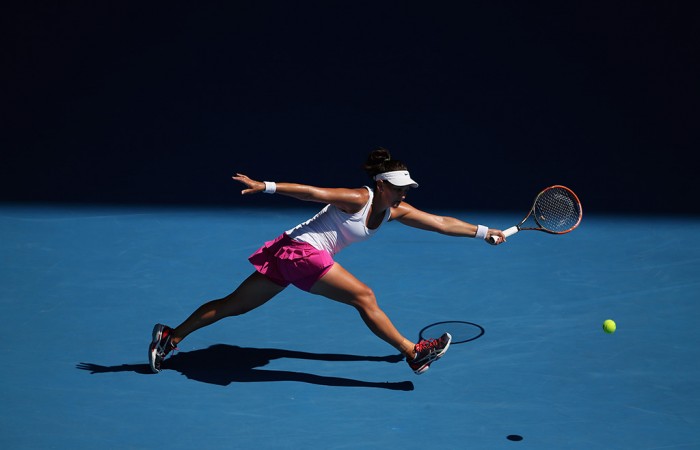 Whether it is via an epiphany or the natural process of maturity, Casey Dellacqua is still learning, both about the game and about her own ability.

The 28-year-old says she is more acutely aware of what she is capable of now than she ever has been, and is quick to admit that it has not always been the case.

“I think everyone has their journey.  If I had to self‑reflect, I definitely feel I had underachieved, there was more in me,” Dellacqua said after advancing to the fourth round of the Australian Open for the third time in her career.

“When I was 21, I probably wouldn’t have realised that. So that’s all part of the journey.”

But Dellacqua admits that, armed with the knowledge of her own capabilities, she now has a much clearer outlook on where she is headed and what she wants to achieve.

“I’m glad that I’ve got to that point.  Some players may go through their whole career and never reach their potential, or have regrets.”
The next step for Dellacqua is her fourth-round clash with Canadian up-and-comer Eugenie Bouchard.  The 19-year-old had a break-out season in 2013 soaring 112 places in the rankings for her to finish in the top 50 for the first timein her career at No.32.

Dellacqua knows that it won’t be easy getting past Bouchard.

“She’s got a great serve.  Yeah, it’s going to be another challenge for me.  I haven’t actually seen a lot of her play.  I know that we’ll probably grab some footage and have a bit of a watch.

“Hopefully the work I’ve put in, the matches I’ve played, the way I’m hitting the ball, would put me in good stead. It will be a good match, a good fourth round.”

Bouchard also knows that playing the Australian at her home Grand Slam will not be an easy task.

“She’s a tough opponent and she’s a lefty.  That’s always tricky, always different.  I’ll be looking forward to a good battle on Sunday.”