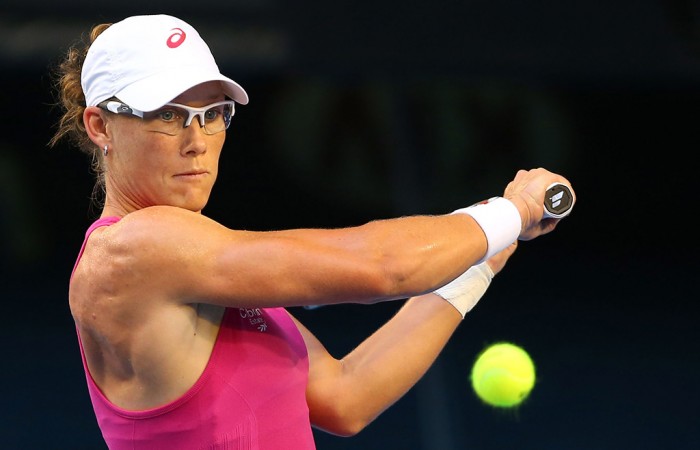 Melbourne is hot this week.

But when Samantha Stosur is hot, she has the propensity to make the stifling conditions at the Australian Open look like a pleasant day, few can rival her.

For Stosur, now it is a case of looking forward to her next match as she looks to equal her best performance at an Australian Open by progressing to the fourth round.

Her opponent will be world No.14 Ana Ivanovic, the glamour-girl from Serbia, and as far as match-ups go, it doesn’t get much closer.

They have met on seven occasions; Stosur has a 4-3 ascendency. Last year they played each other twice and won a match each.

“It’s going to be a tough match,” Stosur said after her win last night.

“(The) last two tournaments last year we played, she won one, I won one.

“(There was a) couple three‑setters in there. It’s going to be a tough one.”

While the former US Open champion was happy to admit that taking on Ivanovic will not be a walk in the park, she has no plans of ending her tournament just yet.

“I’m looking forward to it.

“I am happy to be in the third round. I want to keep going.”

“Hopefully I can keep building on what I just did to Friday’s match and, yeah, really enjoy it out there and have fun.”