Dellacqua not done yet

Now that she's set up her year, Casey Dellacqua can get down to the more immediate business of reaching the Australian Open quarter-finals for the first time. 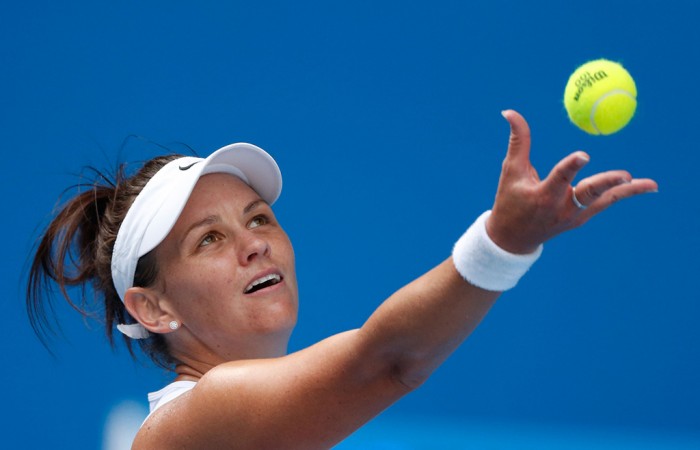 Now that she’s set up her year, Casey Dellacqua can get down to the more immediate business of reaching the Australian Open quarter-finals for the first time.

Dellacqua’s charge to the third round at Melbourne Park has guaranteed the West Australian a coveted place back in the world’s top 100.

Dellacqua’s second-round removal of Wimbledon semi-finalist and 18th seed Kirsten Flipkens has opened up her draw big time, with no more top-30 rivals blocking her path to the last eight.

The wildcard playoff winner faces world No.56 Jheng Jie on Friday, with a victory setting up another most winnable fourth-round clash with either Canadian 30th seed Eugenie Bouchard or American Lauren Davis.

“I feel good. Who knows how far I can go,” Dellacqua said.

“I know it’s cliche, but you do take it one match at a time.

“For me, I look at it as another opportunity.”

Runner-up in the Australian Open doubles last year with teenage compatriot Ashleigh Barty, Dellacqua – a one-time world No.39 before being stalled by serious foot and shoulder injuries – was intent in making her mark in singles again in 2014.

Her return to the top 100 has already guaranteed that.

“You can schedule around the grand slams. That was my first goal.

“I’ll probably sit down with my coach Stinger and set some other goals to achieve.

“But I’m not finished here at the Australian Open yet. I’m obviously excited to play again on Friday.

“I have doubles with Ash. Have mixed as well. I’ve still got a lot of tennis ahead of me.

“I’m really stoked with how things are going so far.”