Dellacqua wins through to third round of Australian Open

Casey Dellacqua has stormed into the third round of the 2014 Australian Open with a dominant win over Belgian 18th seed Kirsten Flipkens. 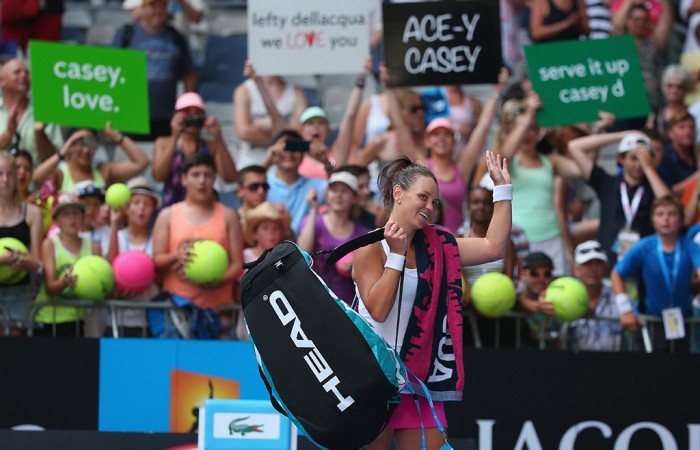 Free-swinging Casey Dellacqua advanced to the third round of a grand slam tournament for the first time in four years after hammering Wimbledon semi-finalist Kirsten Flipkens at Melbourne Park on Wednesday.

Dellacqua was never troubled against the 18th seeded Belgian, winning 6-3 6-0 on Hisense Arena in a match lasting just 63 minutes.

It rekindled memories of her emotional run to the last 16 at the 2008 Australian Open.

“I’m stoked. I played great and didn’t miss too much.

“I executed well and that’s what happens – you get a win.”

It was another stinking hot day in Melbourne, which played to the advantage of Dellacqua.

“I was so happy that it was going to be 40 degrees.

Dellacqua set up a third-round clash against either American Madison Keys or China’s Zheng Jie.