Few punters give him a chance, but Bernard Tomic believes he can turn the Australian Open on its head and send world No.1 Rafael Nadal packing in the first round. 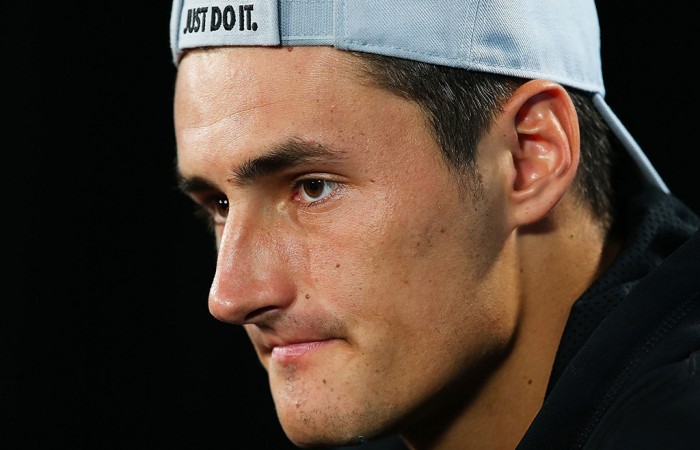 Few punters give him a chance, but Bernard Tomic believes he can turn the Australian Open on its head and send world No.1 Rafael Nadal packing in the first round.

Tomic knows he will need to be at the very top of his game – unlike in Saturday night’s heavy loss to Juan Martin del Potro in the final in Sydney – to have any hope of springing a Melbourne Park boilover.

The 21-year-old admitted he thought “Happy New Year” when he first drew Nadal last Friday, but he’s since warmed to the idea of challenging the 13-times grand slam champion on one of the sport’s biggest stages.

“Everything is possible,” Tomic said when asked if he gave himself a shot of winning Tuesday’s marquee match-up.

“I have to be on my game, really embrace the moment, have fun, go for my shots.”

“Obviously if I can do that, I’m going to give myself a chance.”

Tomic insists his 6-3 6-1 loss to del Potro hasn’t sapped him of any confidence and that playing Nadal was an altogether different proposition.

“I had no answer to del Potro’s game. He was too good. Couldn’t match it,” Tomic said.

“The player I played, played amazing. He’s beaten every player in the top 10 quite comfortably when he played like that.

“To me, he just played too good. It’s totally two different games compared to del Potro and Rafa.

“He’s going to be very intimidating to play; you just have to stay with him.

“I mean, he is human. He does mistakes, obviously not as much as the other players, but I’ve got to play very, very good tennis to have any chance.”

Tomic said having nothing to lose would help, as will having already faced Nadal in the third round of the Open as an 18-year-old in 2011.

“Obviously I’m very happy to have played him before here. Now playing him for the second time, I’m taking that confidence from what I used in that first match against him for this match on Tuesday.

“But I’m going to use it as an opportunity. Whatever happens win, lose, I’ll take a lot from this match.