Tomic not looking beyond Sydney final just yet

Don't mention Rafael Nadal to Bernard Tomic - not until he completes his Australian Open preparations at the Sydney International. 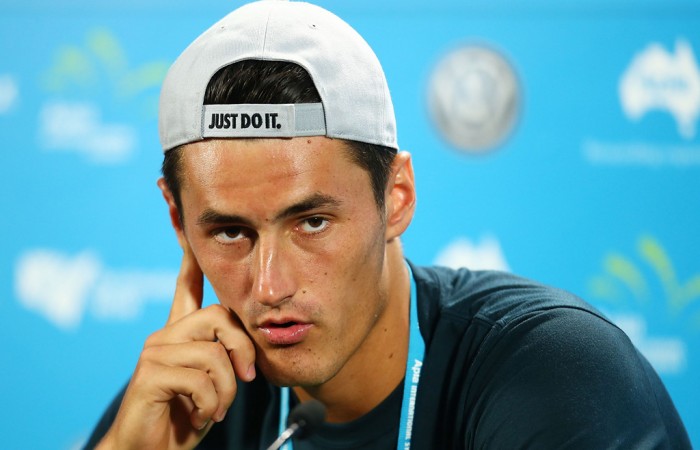 Don’t mention Rafael Nadal to Bernard Tomic – not until he completes his Australian Open preparations at the Sydney International.

Looking far from overjoyed at setting up a final showdown on Saturday with top seed Juan Martin del Potro, Tomic didn’t wish to talk about his horror first-round match-up with the world No.1 at Melbourne Park.

“I haven’t thought about it, to be honest. It’s definitely a difficult match,” Tomic said after grinding out a 6-7 (4-7) 7-5 6-3 semi-final win over Ukraine’s Sergiy Stakhovsky.

“My main priority is tomorrow night and on Sunday I’ll think about the Australian Open.”

While Tomic refused to discuss his chances of producing an Open boilover, his Sydney final opponent said it would be foolish to write the Australian off against the Spaniard.

“For sure it’s going to be a great experience for him playing on centre court against the No.1 in the world.”

“And also he has the chance to beat Nadal. He’s a great player. I think if he has to take one place to have chance to beat Rafa, maybe he will take Melbourne on the Rod Laver Arena.”

“Could be a good chance for him.”

“Also Rafa is really tough player. First round of a grand slam, five sets, it’s not easy to beat him.”

First things first, though, for Tomic – and that’s del Potro and the chance to secure back-to-back titles in Sydney.

“I have to play my game to win. This guy is one of the best players when he’s playing well. You can’t do anything,” Tomic said.

“He’s got the best forehand, I think, on tour now. Very, very good first serve. Not much you can do when he’s playing good.

“Obviously I witnessed him playing Rafa in the semis of Shanghai. He won that, I think, 6-2 6-2, and he couldn’t do anything, Rafa himself.

“He can play amazing. I have to stick with him to have a chance.”

“He could get tight and I play a little bit differently, so hopefully I can get buzzed up and play my tennis.”