Stosur bows out of Hobart International

Samantha Stosur has bowed out of the 2014 Hobart International, going down 6-3 6-2 to Czech world No.37 Klara Zakopalova. 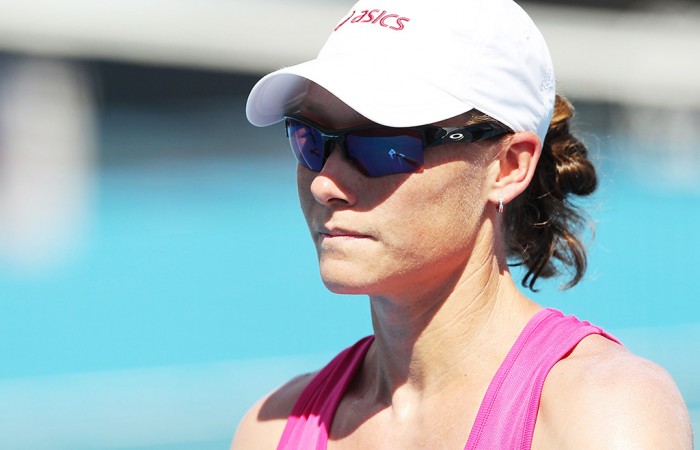 Samantha Stosur has bowed out of the 2014 Hobart International, going down 6-3 6-2 to Czech world No.37 Klara Zakopalova. Stosur will not have to wait long to avenge the loss with Zakopalova being drawn as her first round opponent for the Australian Open.

The game was slightly delayed when Stosur was forced to take a medical time-out after the warm-up due to a bleeding nose.

Stosur lost her opening service game but broke back straight away.

Zakopalova broke again in the sixth game of the set to lead 4-2. She then saved no less than seven break points during her next service game, which allowed her to go on and serve out the set.

The second set again saw Stosur’s serve broken early before she returned the favour to level scores at 2-2.

However Stosur again lost her service game and was broken once more to make it 5-2 before Zakopalova served out the match.

Zakopalova will now go on to play the winner of the other semifinal between Estrella Cabeza Candela and Garbine Muguruza in Saturday’s final.

Stosur will head to Melbourne to concentrate on a return bout with Zakopalova in the first round of the Australian Open which begins on Monday.