Women’s semifinal action graces Ken Rosewall Arena on Thursday in Sydney, while the night session will be headlined by an Australia v Ukraine double-header. 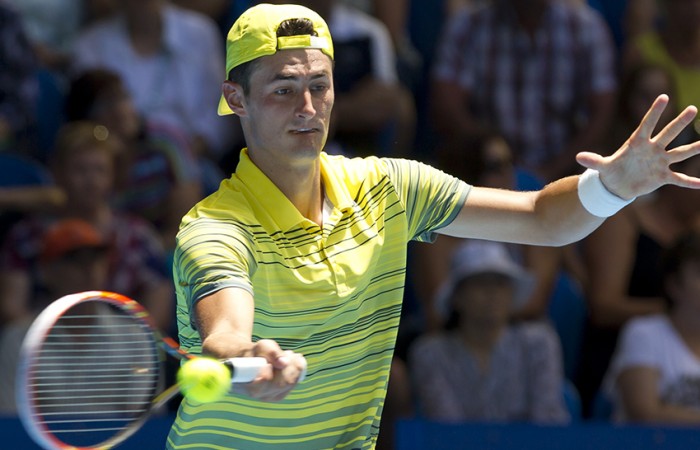 Women’s semifinal action graces Ken Rosewall Arena on Thursday in Sydney, while the night session will be headlined by an Australia v Ukraine double-header.

Everyone loves a match that features a contrast in styles, and this semifinal certainly offers that in spades, pitting the aggression of American teen Madison Keys against the counterpunching and experience of German Angelique Kerber. The pair have come through the draw in contrasting circumstances; Kerber has been relatively untroubled in three straight-set wins, while in her last two matches, Keys battled through a third-set tiebreak in the second round and then spent just a few minutes on court in her quarterfinal before Bethanie Mattek-Sands retired with injury. The pair met at last year’s Australian Open, with Kerber winning in straight sets, but since then Keys has soared to become the youngest player inside the top 40. With both women within striking distance of their first title in Sydney, expect them to leave everything on the line.

Having won seven straight matches at Sydney Olympic Park Tennis Centre, Bernard Tomic will attempt to keep his title defence alive when he faces flashy shot-maker Alexandr Dolgopolov in a feature night match on Thursday. Dolgopolov owns the head-to-head, but in their last meeting on Australan soil, it was Tomic who triumphed in a memorable five-setter at Australian Open 2012. Tomic is no slouch when it comes to shot-making either, and with both players born performers who relish the big stage and big-match atmosphere – and both in excellent form as well – it promises to be another memorable encounter.

For the first time this year at Apia International Sydney, Matosevic comes up against a player ranked beneath him. The Aussie has improved as the competition has increased, beating Florian Mayer in three sets before trouncing third seed Andreas Seppi in straight. On paper, the 101st-ranked Stakhovsky presents fewer problems, but it must be noted that the Ukrainian has won five straight matches – including three in qualifying – to get to this point, and is timing the ball well on the quick courts, evidenced by his straight-set destruction of No.6 seed Julien Benneteau on Wednesday. Most famous for his defeat of the great Roger Federer at Wimbledon in 2013, Stakhovsky is aiming to add to his tennis resume with a semifinal showing in Sydney, but Matosevic will be intent to improve upon what is already a career-best run in the Harbour City, and reach his first tour semifinal on home soil.