Australian wildcard Marinko Matosevic has continued his breakthrough summer with a second-round upset win over third seed Andreas Seppi at the Sydney International. 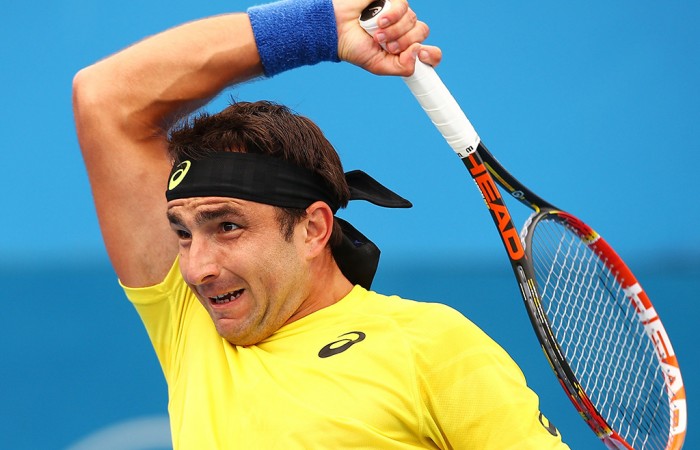 Australian wildcard Marinko Matosevic has continued his breakthrough summer with a second-round upset win over third seed Andreas Seppi at the Sydney International.

Matosevic, the world No.56, thrilled fans under grey skies at Sydney Olympic Park with a 6-3 6-4 victory over the 25th-ranked Seppi on Wednesday.

Matosevic had never won a main-draw match in Australia before this summer but is now through to back-to-back quarter-finals after also reaching the last eight at the Brisbane International.

The 28-year-old dominated Seppi from the outset and was particularly impressive on serve.

He didn’t face a single break point in 10 service games, crunched seven aces and broke the Italian once in each set to take the match in one hour, 11 minutes.

Matosevic lost to the great Roger Federer in Brisbane but has a much more inviting opportunity on Thursday against Ukraine qualifier Sergiy Stakhovsky, who ousted French sixth seed Julien Benneteau 6-3 6-2 in his second-round encounter.

Fellow Australian Bernard Tomic will be looking to join Matosevic in the quarter-finals later on Wednesday when he continues his title defence against Slovenian qualifier Blaz Kavcic.