Stosur stopped by Radwanska in three

UPDATE: Sam Stosur has fallen in her final Hyundai Hopman Cup singles match to world No.5 Agnieszka Radwanska of Poland. 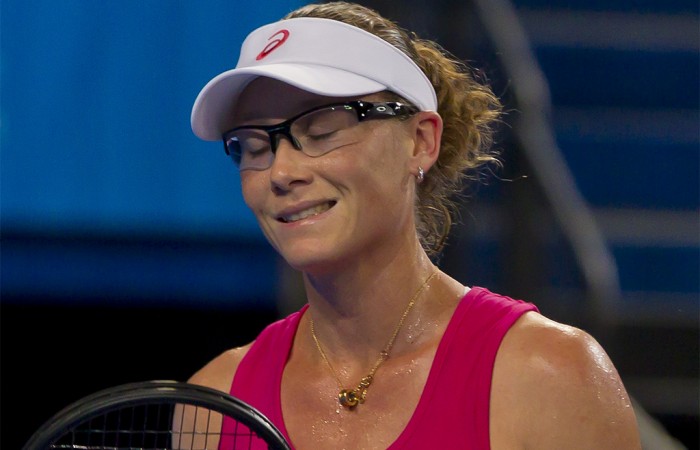 Sam Stosur has fallen in her final Hyundai Hopman Cup singles match to world No.5 Agnieszka Radwanska of Poland.

The Aussie played brilliant tennis in the opening set before dissolving under a slew of errors in the third, going down 3-6 6-4 6-3.

It was Radwanska’s first victory over Stosur since 2011, and took the home favourite’s singles record at the 2014 Hopman Cup to a disappointing 0-3.

Although she lost all three of her singles matches, Stosur said the mixed-teams tournament was better for her preparation than the Brisbane International, where she made a first-round exit last year.

“Even though I’ve had three losses compared to one loss in Brisbane, I do feel better at this stage,” Stosur said.

“I would have loved to have won them all, or even one.

“But I’m getting that match play. I’m having some long matches, which is exactly what I need at this point in time.”

In the mixed doubles rubber, Stosur and Bernard Tomic went down to Radwanska and Grzegorz Panfil in a third set match tiebreak.