Wildcard Sam Groth has continued his exciting run at the Brisbane International, becoming the third Australian to reach the last eight at the ATP 250 event. 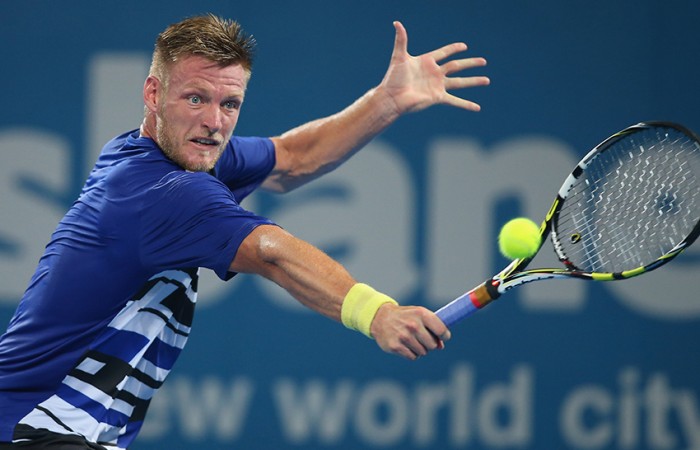 Australian wildcard Sam Groth has continued his exciting run at the Brisbane International, winning through to the quarterfinals after a thrilling victory over lucky loser Pierre-Hugues Herbert.

Groth triumphed 4-6 7-6(3) 7-6(5) over the Frenchman, who replaced fourth seed Kevin Anderson in the draw after the South African pulled out with an acute stomach virus.

The Victorian joins fellow Aussies Lleyton Hewitt and Marinko Matosevic in the quarterfinals of the ATP event in a great result for the host nation.

After dropping the first set on Pat Rafter Arena, Groth settled into the contest, and eventually outlasted his equally big-serving, attacking opponent in a match that finished after 12am on Friday.

Groth next faces No.8 seed Jeremy Chardy of France.