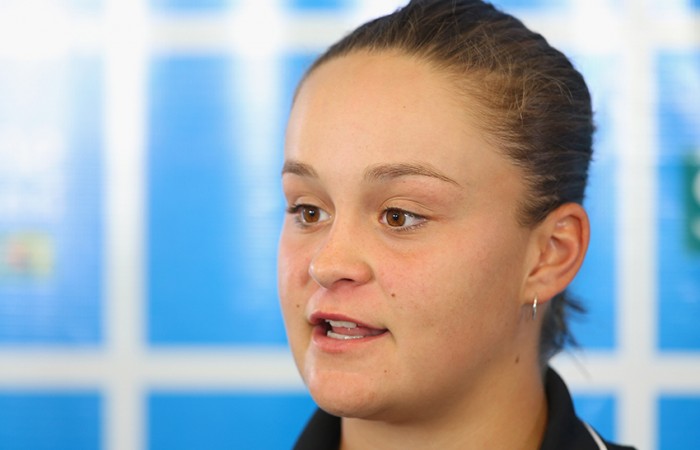 And few could argue with her decision after watching the 17-year-old Australian dig deep to qualify for the Brisbane International women’s singles main draw on Sunday.

Barty would have been forgiven for thinking twice about her options after a breakthrough 2013 with doubles partner Casey Dellacqua.

Despite teaming up just weeks before earning a wildcard Australian Open entry in January, the pair made three major finals.

In a total of eight events together, Dellacqua and Barty were runners-up in the US and Australian Opens as well as Wimbledon.

They were the first Aussie women’s pair to reach the US Open final since Wendy Turnbull and Kerry Melville Reid in 1978.

Still, Barty was not tempted to neglect singles – and the hard work appears to already be paying dividends based on her gutsy three-sets win over Dutchwoman Kiki Bertens.

“Yeah, definitely for Casey and I the priority is still singles,” Barty said.

“It was just amazing that we had great doubles success.

“I think again this year we’ll both be playing singles and try and work out a schedule where we can play doubles in a few tournaments.”

Barty couldn’t contain her excitement after her memorable win over the world No.87.

“Served 4 aces in a row today… Kinda cool,” she tweeted.

She will fly the Aussie flag in the Brisbane singles main draw alongside wildcard Dellacqua.