Bernard Tomic believes a humble approach will help him crack tennis' top 20 in 2014. 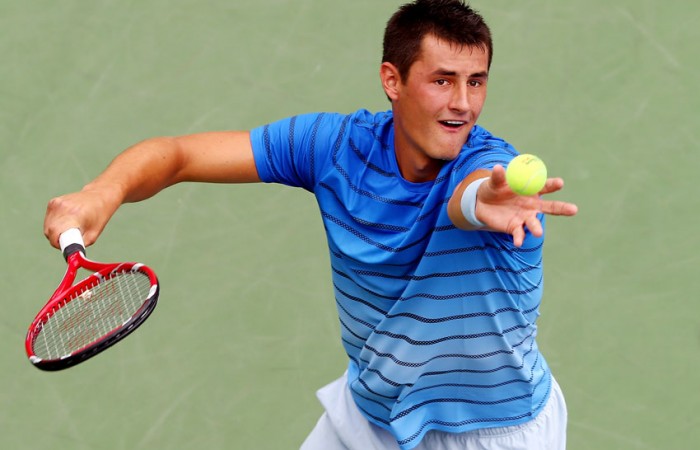 Bernard Tomic believes a humble approach will help him crack tennis’ top 20 in 2014.

Tomic’s previous goal of becoming a top 10 player this year seemed less far-fetched when he won the Sydney International and made it to the third round of the Australian Open in January.

But his campaign stalled due to some off-court distractions and a second half to the season dotted with first-round losses.

Tomic will begin his Australian Open preparations at Perth’s Hopman Cup, where he will team with Sam Stosur in a bid to break Australia’s 15-year title drought.

Their first assignment is against Canada on Saturday, when Tomic will take on world No.11 Milos Raonic.

Raonic pegged the young Aussie as a potential top five talent when chatting to the media in Perth on Thursday.

“Knowing Bernie and what he’s capable of and how talented he is, I think he can go very far,” the Canadian said.

“But it’s all about improving. You can’t focus on the moment right now. You have to look at the big picture and make sure every week, every month and every year you’re getting better.

“People say to me my serve can get me there, but you’ve got to keep developing.”

Tomic has produced some of his finest tennis on Australian soil, including a win over former world No.1 Novak Djokovic in Perth last summer.

But the 196cm right-hander has struggled to maintain his health and form overseas.

“Once the tour starts, I don’t take care of my body as well as I should,” Tomic said.

“I play a lot of tournaments. I get sick a lot of the time. So I’m always up and down. It’s difficult to control that. In Australia, I seem to rest and prepare very good. And I play good tennis in the summer.