Former world No.1 Lleyton Hewitt was one of the big winners but compatriot Casey Dellacqua was not so lucky when the Brisbane International draw was held on Saturday. 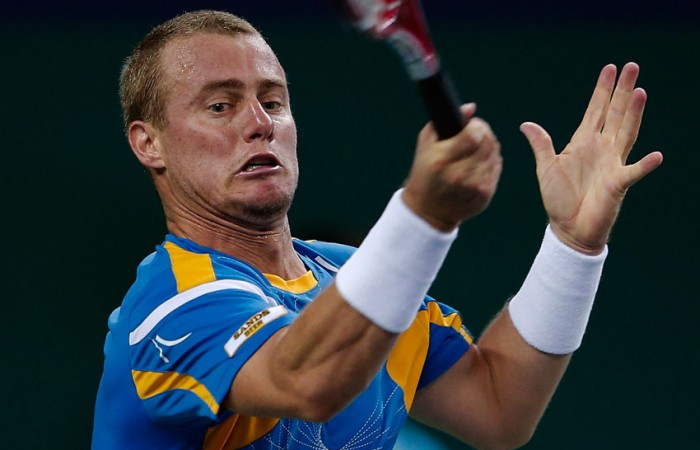 Former world No.1 Lleyton Hewitt was one of the big winners but compatriot Casey Dellacqua was not so lucky when the Brisbane International draw was held on Saturday.

World No.60 Hewitt, 32, dodged a bullet when named on the opposite side of the draw to top seed Roger Federer before being lined up against a qualifier in the first round of the Australian Open warm-up tournament that starts on Sunday.

Hewitt faces a potential second round showdown with sixth seed Feliciano Lopez, the left-handed world No.28 of Spain.

He was named on the same side of the draw of second seed, world No.17 Kei Nishikori of Japan.

Based on seedings, the draw set up potential men’s semifinals between Federer and No.4 Kevin Anderson of South African and Nishikori and No.3 Gilles Simon of France.

However, doubles success Dellacqua had a nightmare draw in a field that includes five current or former world No.1s and headlined by 17-time major champion Serena Williams.

If successful in her opening clash with Kazakhstan’s Galina Voskoboeva, the world No.142 faces a daunting second round showdown with second seed and world No.2 Victoria Azarenka.

Dellacqua made three of four Grand Slam doubles finals this year with Ashleigh Barty but will need to prove her singles credentials to advance in a tough women’s draw that will keep even Williams honest.

Williams could find herself playing Caroline Wozniacki in the quarters, four-time Grand Slam winner Maria Sharapova in the semis and Azarenka in the final based on seedings.

Azarenka’s path to the final appears less hectic – she faces a potential quarterfinal with seventh seed and Wimbledon finalist Sabine Lisicki followed by a semi against former world No.1 Jelena Jankovic.