Players, be warned – Canada's Milos Raonic, one of the world's biggest servers, is not holding back. 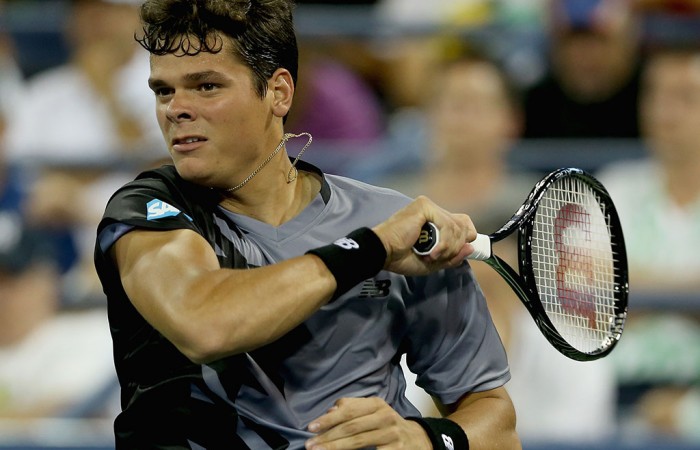 Players, be warned – Canada’s Milos Raonic, one of the world’s biggest servers, is not holding back.

The world No.11 has clocked serves at over 150 mph and while he is preparing to unleash some rockets in Perth, maybe even during the mixed doubles, he insists it’s not all about the speed.

“That’s what I’m not sure about so far,” smiled Raonic when asked if he would hit his serve at full pace during the mixed doubles. “I think I will go, because I think it will hurt me more if a winner return comes by.

“For me the number’s [speed] not really important, it’s more the efficiency of the serve. I do try to serve hard because it definitely does help me but it’s more on the percentages I’m converting with first serves and second serves won.”

The 2013 season was a big one for the 196 cm Canadian – he broke into the top 10 for the first time but fell just short of his goal of making it to the end-of-season championships, which only the top eight players for the season contest.

Despite this, Raonic was happy with his year but says he’s not sure when he will break through at Grand Slam level.

“I’m really confident in the preparations I’ve done. I don’t know when everything’s going to click, it could click in tomorrow’s practice – it’s hard to predict because you spend so much time working on things, but I know that it’s on the right track and I’m doing the right work.”

After arriving in Perth late on Christmas day, Raonic enjoyed his first workout at the Perth Arena, which the Canadian says was one of the reasons he was keen to play this event.

“I heard from many of the players that the stadium is really nice,” he said.

“I think this is a really good way to prepare for the Australian Open. I’ve done a lot of good work leading into this and I’m very excited for this event.

“I’ve always played well in these conditions where I’ve sort of had this patriotic pressure that I put on myself. I really enjoy these moments and to be able to do it in a more team atmosphere makes the week more enjoyable and it’s a little bit of a change, which is nice to have.”

Raonic will team with Eugenie Bouchard, who made her first WTA final in 2013 at Osaka where she fell to Australian Sam Stosur in three sets. Raonic is excited to be playing with Bouchard, who is tipped to have a bright future on the WTA Tour.

“She plays well and she has the game for it. She’s very athletic, she likes to come forward, she’s not shy up at the net at all and she likes to push around her opponent,” said Raonic when asked about Bouchard’s strengths.

Conicidentally, it will be Stosur and Bernard Tomic who the Canadians will face in the first of their round-robin matches on Saturday night.

Raonic has Tomic since their junior days and believes that he has the talent to go far.

“Knowing Bernie and what he’s capable of and how talented he is, I think he can go very far,” Raonic said in Perth on Thursday.

“But it’s all about improving.

“You can’t focus on the moment right now. You have to look at the big picture and make sure every week, every month and every year you’re getting better.

“People say to me my serve can get me there, but you’ve got to keep developing.”