Victorian tennis ace Olivia Rogowska has been awarded a wildcard into Brisbane International 2014 presented by Suncorp. 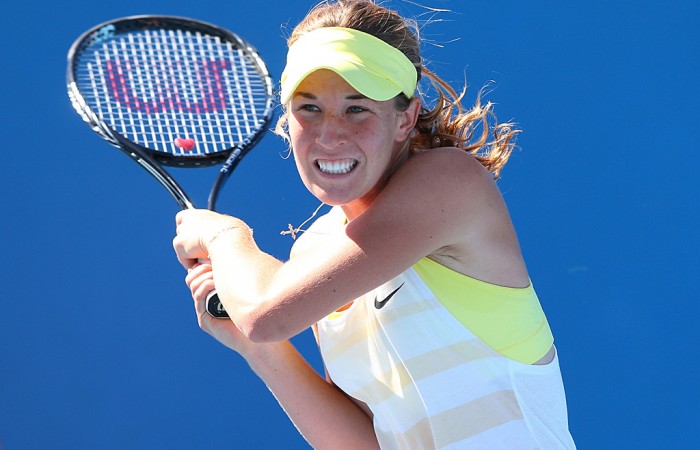 The world No.174 said she would travel to Brisbane intent on causing an early upset in the field.

“Brisbane is my favourite tournament of the year so I’m very excited,” she said.

“I love Brisbane, the tennis centre is amazing and I love the whole set-up of the event.

“Every single player in the draw is going to be tough. The field is ridiculously strong but I’m just going to try to forget who’s standing on the other side of the net and focus on my game and everything that I’ve been working on.

“I think the start of the year is the best time of year to try to cause an upset. You never know who will be match fit so it’s a good time to go out there and just go for it.”

Rogowska will hope to use Brisbane International 2014 as the launchpad to another successful year on tour.

“2013 was a really big year for me, I’ve definitely improved and I feel like I’ve played really well,” she said.

“If you can win a match or two in Brisbane it sets up your entire year. I’ve been working extremely hard for the past few months so I’m really excited to get into the new season.”

Tournament Director Cameron Pearson said he was thrilled to add a second Australian female to the 2014 line-up.

“Olivia is a great young talent and will certainly have the support of the Brisbane crowd behind her when she hits the court next week,” he said.

“She has a tough task ahead of her but she’ll be ready for the challenge, and I look forward to seeing her out on court in Brisbane.”

The tournament has one final discretionary men’s wildcard to award before play gets under way this Sunday 29 December. Young gun Nick Kyrgios and New South Welshman James Duckworth were handed the first two wildcards into the men’s draw.

With just days to go until the start of Brisbane International 2014, the stars of world tennis have started to descend on Queensland Tennis Centre for the event. This week Andrea Petkovic, Daniela Hantuchova and Sabine Lisicki have been out in force on the Tennyson courts, and will be joined over the coming days by the full player field.