Polish No.1 Jerzy Janowicz has been forced to withdraw from Hyundai Hopman Cup 2014 due to a foot injury. 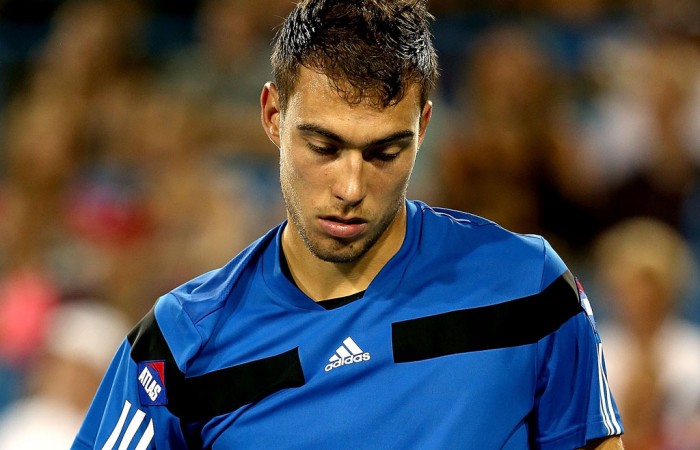 Polish No.1 Jerzy Janowicz has been forced to withdraw from Hyundai Hopman Cup 2014 due to injury.

The 23-year-old was looking forward to playing, but a foot injury will prevent the world No.21 from making his way to Perth next week.

“I injured my foot a couple of weeks ago and I was hoping it would have healed in time to play. I was very much looking forward to playing the event. I’ve heard great things about the tournament and the atmosphere at Perth Arena.

“Poland will be making its debut at the event and I wish Agnieszka the best of luck.

“Hopefully I have the chance to come back next year as I was keen to explore Perth and meet some of my fans there.”

Janowicz was due to team with current world No.5 Agnieszka Radwanska. He will be replaced in the draw by Davis Cup teammate, 287-ranked Grzegorz Panfil.

“I hope Jerzy recovers quickly and wish him all the best. We will miss him in Perth but I’m very pleased Grzegorz is able to join me in representing Poland for the first time at the Hopman Cup,” said Radwanska.

“We are disappointed for Jerzy that he’s had to withdraw from the Hyundai Hopman Cup. It is understandable that he needs time to get his body ready for the new season. We wish him a healthy and speedy recovery,” said Paul Kilderry, Hyundai Hopman Cup Tournament Director.