Jelena Dokic talks with Australian Tennis Magazine ahead of her first round match against Jarmila Gajdosova at the Australian Open Play-off. 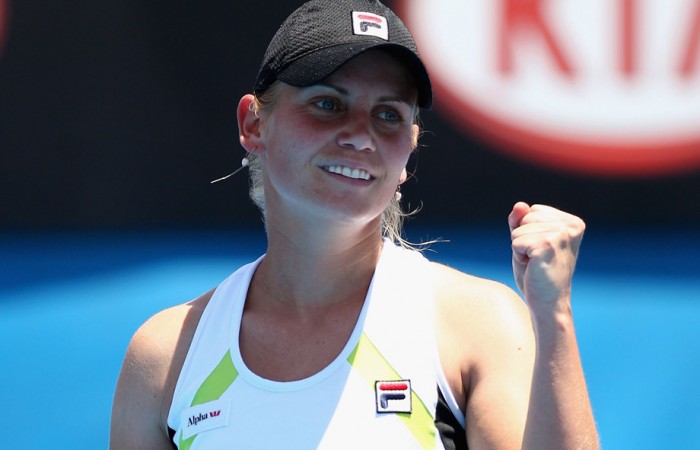 With their travelling lifestyle, tennis players experience sunny days and balmy nights in practically every part of the world. And yet there is no place like an Australian summer – especially for Jelena Dokic, who returns home for her comeback to tennis after 18 months sidelined with a wrist injury. She recalls some of her happiest Australian summer memories with Australian Tennis Magazine; all the while knowing that as she works harder than ever on the training court, the best may yet be to come.

It’s great (to be back), especially because I wasn’t here last year. I had a very long time off, 18 months, due to injury, which has been very difficult. It’s good to be back and to be able to play. Just to be healthy and to be able to train for the summer is great.

This time last year I had my (wrist) surgery already. It was a very difficult time and even the next six months were very difficult because the wrist was kind of adapting … It took a while to recover and get back to normal.

It’s been obviously a little difficult because I’m really starting really, from nowhere. From zero actually. Eighteen months is a very long time to be away from tennis. Straight up I was ready for it to be a very slow process and to be a very difficult first couple of weeks and months.

You really have to have a lot of patience and be pretty tough mentally and physically. Because you really have to go through so much work. But for me, I like to do it still, so as long as it’s like that, I’m going to continue playing.

I’m really happy wit the progress that I’ve made so far. It’s been a lot of hard work on the and off the court, with fitness and trying to put it all together. But I’m really happy with the way it’s going. Not expecting, even when I start playing, unbelievable results straight off but just as long as I keep on improving I’m sure I’ll get back there in six months.

Obviously (reaching the AO quarterfinals as a wildcard recipient in) 2009 was a great result for me. But you know for me, even sometimes when you don’t get the result that you would like, I always have a really good three or four months in Australia. I come out early to try and prepare and I always have a very good January. Result-wise, even if it’s not really great, it’s always good to come down here to practice and be here.

I think 99 percent of players would probably say that an Australian summer is one of their favourite places. I wouldn’t be the only one. It’s home for me and that’s just a big difference from any other Grand Slam or any other tournament. I think that just the whole summer, we have great events. They’re very well organised. They look after us very well … I think everyone loves to come down and play here.

Read the full “Last Word” feature with Jelena Dokic, plus heaps more on the December Showdown, in the December “summer” issue of Australian Tennis Magazine.