Jarmila Gajdosova and Jelena Dokic will do battle in the most highly-anticipated of first-round matches at the Australian Open Play-off. 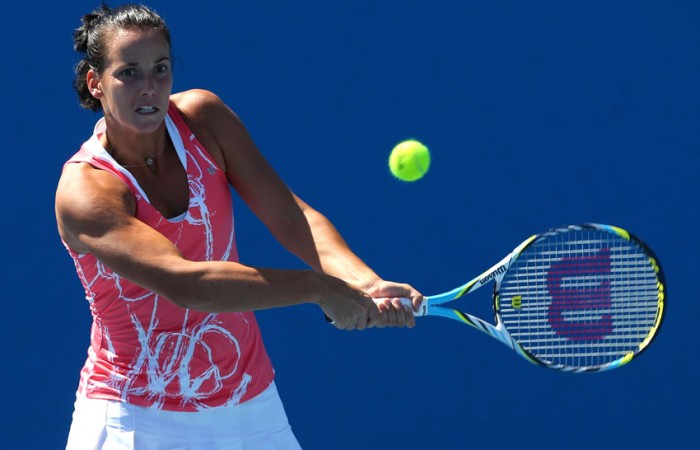 Jarmila Gajdosova and Jelena Dokic will do battle in the most highly-anticipated of first-round matches at the Australian Open Play-off.

Gajdosova, the fourth seed, will take on the unranked Dokic in the 16-player women’s event, beginning on Tuesday at Melbourne Park.

The winner of the Play-off will be granted a wildcard into the main draw at Australian Open 2014.

The draw ceremony was conducted at Melbourne Park on Sunday, with Casey Dellacqua heading the field as the top seed. Gajdosova, once ranked No.25, and Dokic, a former world No.4, are in the same half of the draw.

Gajdosova, who in October took the first steps in her comeback from mononucleosis which sidelined her for six months, said playing Dokic was not the easiest of tasks to open her campaign.

“She’s very dangerous. She plays well and I think she plays well here as well. I think it’s funny as well that both of us haven’t played (for a long time) so it’s going to be pretty much who can put the ball in the court more often I guess,” she laughed.

“It’s going to be very interesting and I’m sure it’s going to be a lot of fun for the both of considering how little we have both played (recently).”

Indeed, Dokic has spent even longer on the sidelines than her opponent, inactive since April 2012 after developing cysts in her wrist which necessitated complicated surgery.

She said on Sunday that she honestly didn’t expect to win the Play-off, and instead was simply happy to be back on the court competing.

“I think this (playing Gajdosova) is one of the matches you want to avoid if you can … (But) maybe it’s good to play this first up,” she said.

“I have completely different goals than I did in the previous years. Coming off a two-year break you don’t expect match, so I’m just happy to go out there and play a match. It’s a very tough one, but I’ve got nothing to lose.”

Unlike Gajdosova and Dokic, Dellacqua comes into the Play-off match-fit and full of confidence, having won her past 10 matches to triumph at recent back-to-back Pro Tour events in Bendigo, as well as building an impressive resume of Grand Slam doubles results in 2013.

Dellacqua has drawn fellow Western Australian Maddison Inglis in her opening match, a player who won the Australian 18-and-under Championships at the weekend and who is just 15 years of age.

“It will be exciting for me to play one of the juniors whereas I’m probably at the other end, a bit more of a veteran now, so I look forward to it and it should be a good match,” she said.

“I’ve continued hitting and training (since Bendigo) and my body and mind feel good, so I’m looking forward to hopefully playing through to the finals this week.”