Australian wheelchair tennis coach Greg Crump has been honoured at the recent Disability Sport and Recreation Awards in Melbourne. 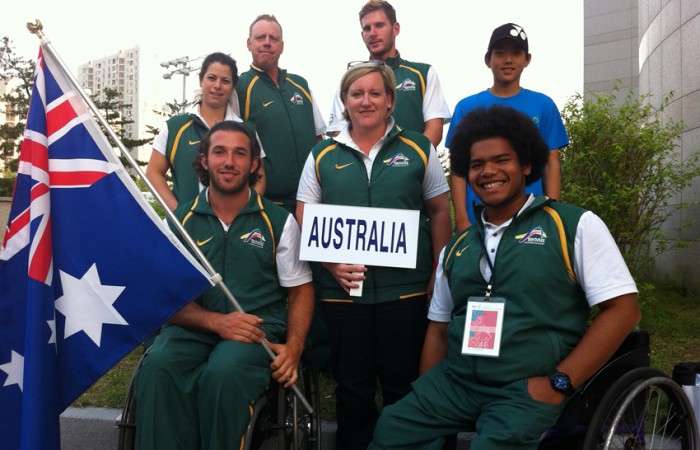 Crump has coached numerous World Team Cups – the wheelchair equivalent to Davis and Fed Cup – and has been an Australian team member for four Paralympic Games, as well as working to develop the Australian Wheelchair Tour, offering the highest prize money in the world for a tour of its kind.

The awards formed part of the Disability Sport & Recreation Festival held at Fed Square, which hundred of people of all ages and abilities attended and enjoyed the opportunity to get involved in sport.

The annual festival included many ‘come and try’ activities such as hearing-impaired basketball, badminton, gymnastics and Tennis Victoria’s wheelchair tennis, which was played on a specially-designed mini court.

Australian wheelchair tennis players Ben Weekes and Adam Kellerman were at the the event to hit with attendees and promote the sport.

“At the moment it’s exciting and I keep getting refreshed because of the development work we’re doing at the kids’ hospital and the rehab hospital. It’s a very exciting time.”