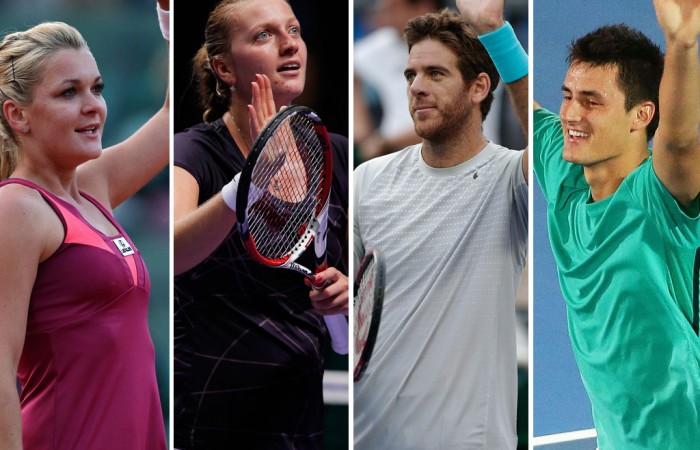 It will not be an easy title defence for the crafty Radwanska, who is joined by 2011 Wimbledon champion and world No.6 Petra Kvitova, tenacious Italian No.7 Sara Errani, German top-tenner Angelique Kerber and former world No.1’s Caroline Wozniacki and Jelena Jankovic in a world-class women’s draw.

Also confirmed in the women’s draw is 2013 runner-up and world No.23 Dominika Cibulkova, two-time Grand Slam champion Svetlana Kuznetsova, and another up-and-coming American Jamie Hampton, ranked No.28, who makes her first appearance in the Harbour City.

The women’s main draw entry cut-off is an impressive No.33 with fan favourite and Australian Open semifinalist Daniela Hantuchova the last direct entrant.

Del Potro, of Argentina, leads an outstanding men’s field that also boasts a main draw entry cut-off inside the top 50 with gritty world No.13 Nicolas Almagro of Spain and flashy Italian world No.16 Fabio Fognini among the highest-ranked players entered.

Tournament officials will allocate their first wildcard to defending champion and Australian No.1 Bernard Tomic to ensure his participation; his current world ranking of No.51 meant he fell just shy of the main-draw cut-off of No.49.

Also set to make his mark in Sydney for the first time is Wimbledon semifinalist and world No.21 Jerzy Janowicz, whose powerful serve and big groundstrokes will make him a favourite to take out the prestigious title.

Former champions Jarkko Nieminen and Dmitry Tursunov will return for another shot at the title as well as popular big-serving American Sam Querrey.

Apia International Sydney Tournament Director Craig Watson is delighted to have such a strong field assembled in Sydney.

“To have our defending champions, seven top 10 stars and three Grand Slam champions bound for Sydney Olympic Park Tennis Centre is an outstanding result for the event and an exciting prospect for Sydney tennis fans,” Watson said.

“Our confirmed entry lists are incredibly strong; having a pair of top five stars headlining a multitude of top 50 players ensures we will all witness some outstanding and memorable tennis action this January.”