With his name now adorning the Apia International Sydney honour roll, Bernard Tomic will return to Sydney Olympic Park Tennis Centre in 2014 for a shot at defending his title. 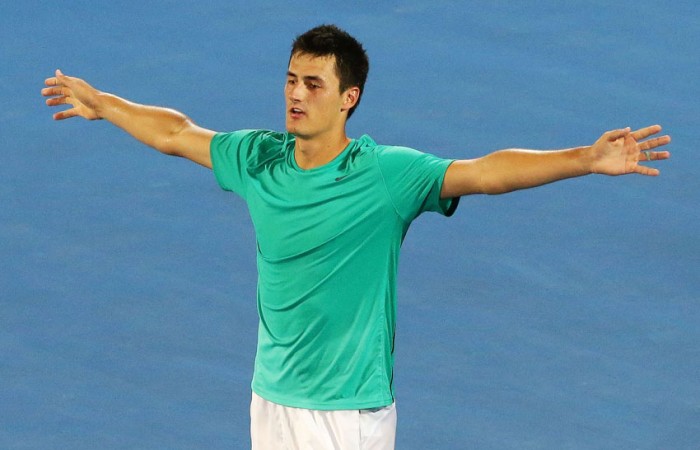 Moments after his first-ever ATP World Tour tournament title, Bernard Tomic ambled up the hallway inside Ken Rosewall Arena, surrounded by photos of the greats who had come to Sydney before and won: Lleyton Hewitt, Roger Federer, Pete Sampras.

Months later, Tomic’s own photo has been added and installed inside the main stadium at Sydney Olympic Park Tennis Centre, and the Australian seeks to add another this year, announcing on Sunday his intention to play the Apia International Sydney.

“I will always look back to Sydney in the years to come because that’s where I really did well,” says the 21-year-old. “I’m really looking forward to coming back and having a shot at defending my title.”

Read the full feature at apiainternational.com.au.