UPDATE: You can help attempt to set a Guiness World Record when the AO Blitz visits Parkes in regional New South Wales on Saturday. 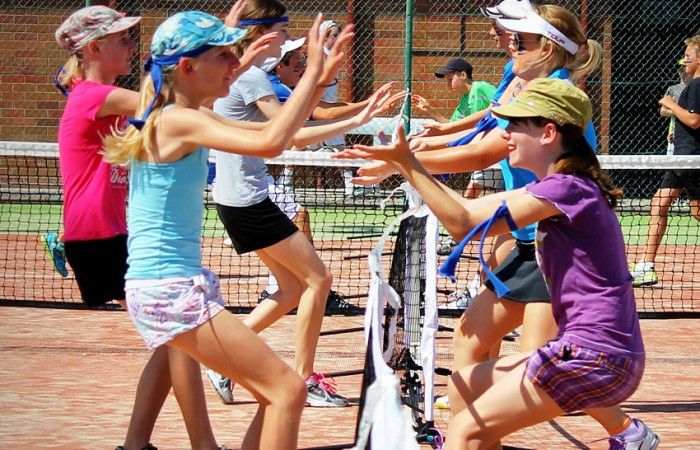 You can help attempt to set a Guinness World Record when the AO Blitz visits Parkes in regional New South Wales on Saturday.

Parkes’ main street will be closed off when it attempts to set a Guinness World Record for the most people bouncing tennis balls on racquets at 12pm.

Up to 1000 people are expected to be involved in the event; if you live in or near Parkes you’re invited to be a part of the action which can help bolster those numbers even higher!

Victoria will again enjoy several AO Blitz visits this week as tennis’s biggest road-trip winds its way through Melbourne suburbs Keilor Downs and Doveton as well as Geelong and Torquay in regional Victoria.

The Blitz will also pop up in Bathurst (NSW), Salisbury (SA) and Hughes (ACT).

At each event there’ll be an array of exciting activities such as MLC Tennis Hot Shots, Cardio Tennis* and Speed Serve**, plus the appearance of the Australian Open trophies^ and plenty of giveaways.

Some of these Blitz stops will also feature special guests and unique events (listed below) that will ensure they’re not to be missed!

Geelong – Jelena Dokic will make an appearance, as well as Tennis Twister and the Hot Shots Bus

Parkes – Alicia Molik and SpongeBob Squarepants will be in attendance; the ANZ Supporter Zone will also feature, as well as a face-painter

Hughes – There’ll be plenty of tennis in Hughes with the NSW/ACT conference of the Asia-Pacific Tennis League, as well as the Super 10s junior tennis program; also in Hughes will be the ANZ Supporter Zone, plus a DJ, jumping castle, BBQ and face-painter

With the AO Blitz competition underway, you can register now and start completing challenges and earning points for your home town.