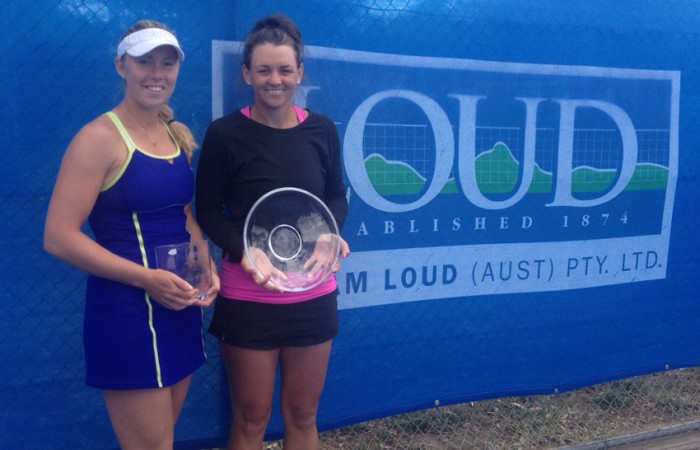 In windy conditions at the Bendigo Tennis Complex, both women went for their shots in a match that was a lot closer than the scoreline suggested.

Yet it was the 152nd-ranked Dellacqua who was too strong for her younger opponent, claiming her second straight $50,000 ITF event and what will be another significant rankings boost following victory.

The Western Australian extends her winning run at Bendigo to 15 matches and an impressive 40 matches on the Australian Pro Tour.

It is her eighth straight Pro Tour tournament win dating back to 2011.

“It was really tough conditions today… I was up for a really tough match, Tammi’s been playing well all week,” Dellacqua said.

“I knew that I had to play well today to beat her and the conditions suited my game nicely and I was happy that I was able to finish it off like I did.

“To be honest I love playing in Australia and I love being at home. I feel really comfortable at these tournaments and I feel like I bring my best tennis because I’m happy and I enjoy being in all these country towns.

“I’m really glad that I’ve been able to finish the year with two $50,000 (tournament) wins … to play the tennis that I did I’m really proud of myself.”

Patterson will likely rise inside the worlds top 300 after this career-best result on the Pro Tour.

Defeating the tournament’s fourth, fifth and seventh seeds en route to the final has made it a tournament to remember for the 23-year-old from Melbourne.

Dellacqua and Patterson will now start preparing for the upcoming summer of tennis including the Australian Open Wildcard Play-off and Australian Open series of tournaments in January.

“I’m now going to get myself in the best shape I can ready for next year because it’s a long year,” Dellacqua said.

“Get all those little niggling injuries right and then play the Australian summer.”