Tomic falls in first round of Paris Masters 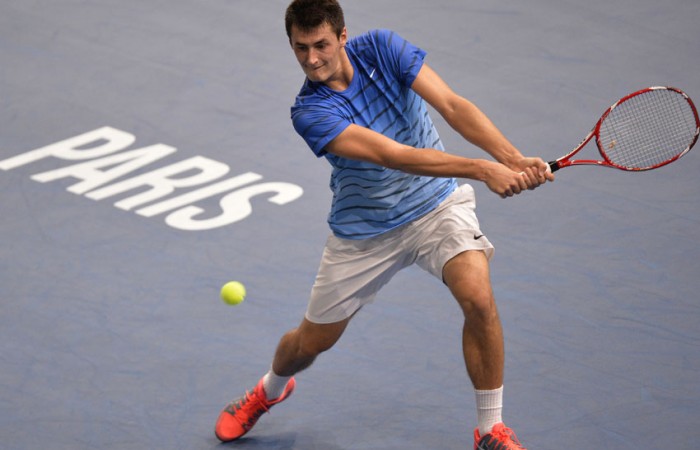 The Australian qualifier had a better first-serve percentage for the match and committed fewer double-faults, but could not stay with the veteran Spaniard in the deciding third-set tiebreaker.

Lopez will meet Stanislas Wawrinka with the Swiss seventh seed looking to wrap up his first appearance at the season-ending London Masters with a good run this week.

Wawrinka is battling with compatriot Roger Federer and French duo, Richard Gasquet and Jo-Wilfrid Tsonga, for the final tickets to the elite eight-man tournament.

Cilic, 25, sitting 47th in the world rankings, tested positive for the stimulant nikethamide at the Munich Open in May and was banned for nine months by an independent tribunal in September.

However, the Court of Arbitration for Sport reduced the ban to four months last Friday meaning the sanction expired one day later and allowed him to take his place in Paris.

After dropping a tense opening set, Cilic bounced back to set up a showdown with world No.5 Juan Martin Del Potro of Argentina with a 5-7 6-1 6-4 victory.

World No.1 Rafael Nadal, who was not in action on Monday, said he was pleased to see Cilic back on tour.

“One thing I can say is I’m happy to see Marin back on tour. He’s a good guy and a great player.

Dutchman Robin Haase clinched the first set 10-8 in a tiebreaker before closing out his first-round match 7-6 6-3 over Denis Istomin of Uzbekistan.