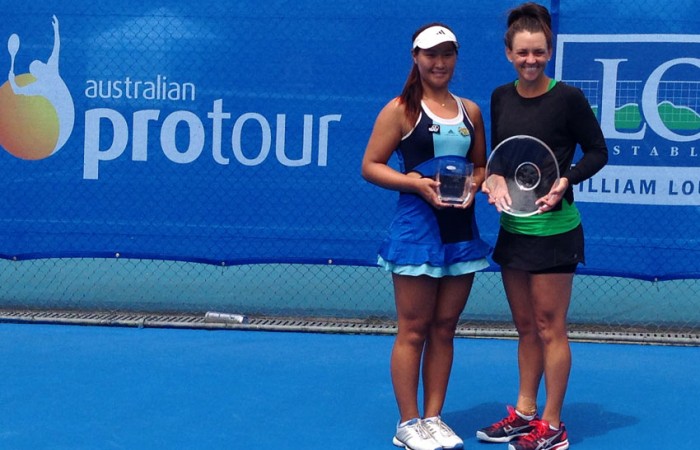 The Western Australia’s 6-4 6-4 triumph cemented victory for the second time at the Bendigo event, which she also won in 2011.

Dellacqua dropped just one set en route to the $50,000 ITF crown, encountering the most resistance against top seed Irina Falconi of the United States before recovering to win in three sets.

“It feels good. I obviously have had a good year with Ash (Barty) in doubles … (but) I probably haven’t played as much singles as I would have liked, so I came to Bendigo hoping to play a lot of singles matches to get some points to improve my ranking,” she explained.

“To come out of the first week having won the tournament feels great … (I’m) happy that I’ve been able to get five matches and hopefully get a few more this next coming week.”

The 28-year-old has not contested a Pro Tour event since last playing in Bendigo, but took her stellar record on the circuit to 35 straight match wins and seven titles from her last seven Pro Tour events.

In late 2011, Dellacqua went on a six-title, 30-match winning tear on the Pro Tour, boosting her ranking from No.247 to inside the top 140 and setting her up for an impressive 2012 season during which she peaked at world No.77.

Dellacqua is hoping to back up last week’s Bendigo success with a strong showing at this week’s WM Loud Bendigo International #2, held at the same venue.

Read the full feature and interview with Dellacqua at caseydellacqua.com.au.