Todd Woodbridge served up a harbour-front tennis lesson to young players in Hong Kong on the last stop of the AO International Trophy Tour. 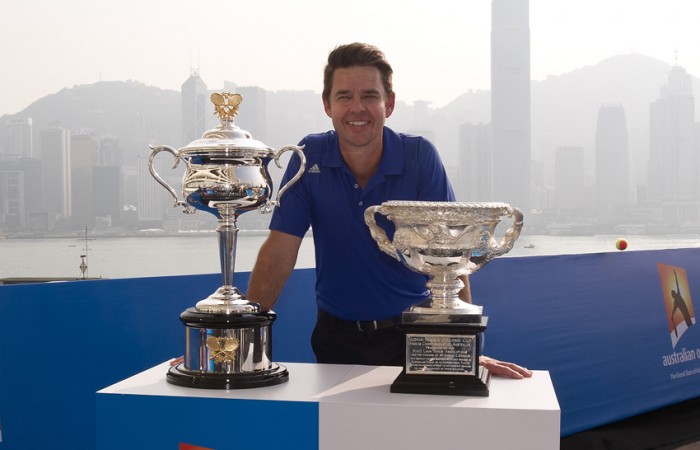 The event was organised as part of a six-stop Australian Open Asian tour that has seen the most iconic trophies in Australian sport cover more than 100,000 km on their way to Hong Kong via Seoul, Singapore, Beijing, Shanghai, Guangzhou and Shenzhen.

Speaking on a court overlooking Victoria Harbour, Woodbridge said: “It’s fantastic to be back in Hong Kong. This is the first time the magnificent Australian Open trophies have visited the city and I’m sure their appearance here will go a long way to raising awareness of not only the Australian Open, but tennis in general in Hong Kong.”

Read the full story at australianopen.com.