Rankings watch: Ebden on the up

Matt Ebden has continued his rise back towards a top 100 ranking in the latest ATP list after his consistent success on the ATP Challenger circuit. 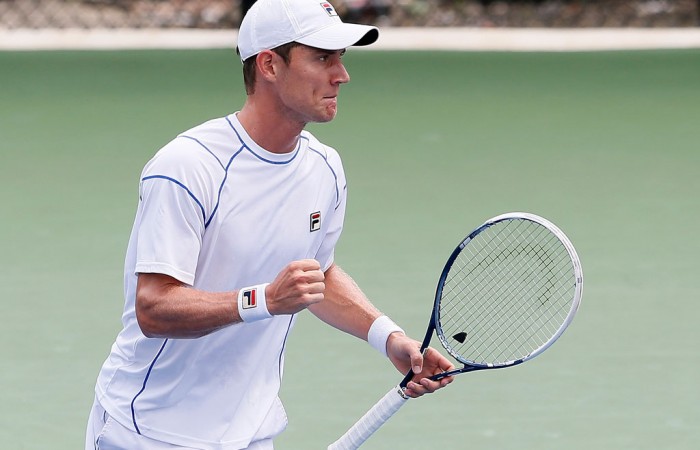 Matt Ebden has been rewarded for his consistency on the ATP Challenger circuit with a rise of six places in the latest ATP World Tour rankings.

The Western Australian now sits at world No.110, within striking distance of a return to the world’s top 100. He peaked at No.61 in October 2012.

Ebden had dipped to No.135 just one month ago, but has hit something of a purple patch in his past four events; he reached the semifinals in Kaohsiung, Korea, and went all the way to the final in Napa, California, before reaching the quarters in Sacramento.

And last week, he progressed to another final, this time in Tiburon, California.

The 25-year-old has now won 13 of his past 17 matches, and with a top-100 ranking almost secured, he would be ensured direct entry into the main draw at Grand Slam events, including the Australian Open coming up in less than three months.

> see where the Aussies sit in the latest ATP rankings

Ebden’s compatriot John-Patrick Smith also enjoyed a successful week in Tiburon; with his quarterfinal finish the Queenslander vaulted 15 spots to a new career-high ranking of No.208.

Fellow Queenslander Ben Mitchell also reached the quarters in Tiburon before going down to Ebden. As a result, the 20-year-old jumped 11 places to world No.235, his highest ranking of 2013.

Mitchell has risen almost 200 places in just seven months since falling to No.406 in March.

On the women’s side, Sam Stosur’s success in Osaka has seen the Queenslander rise one spot to world No.19.

Lower down the ladder, there were some encouraging rises among a group of emerging Aussie talents.

Viktorija Rajicic, 19, jumped 18 spots to a career-high mark of No.290 after reaching the quarterfinals of the recent $25,000 Pro Tour event in Perth.

Also reaching the last eight in Perth was Tammi Patterson, who leaped 28 places to No.356.

And after reaching the second in Perth, Olivia Tjandramulia, just 16 years of age, soared 134 places to No.790.