AO Series single session tickets and ground passes are on sale from 9 am (EST) Wednesday 9 October from Ticketek. 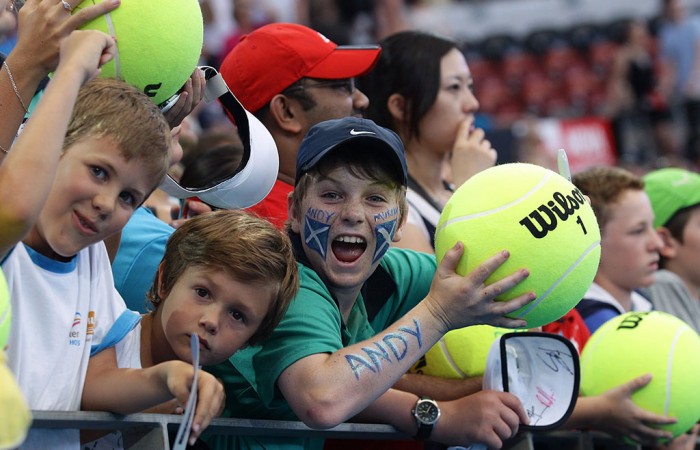 In its five-year history, the Brisbane International has attracted an increasing number of the sport’s biggest names. Swiss legend Roger Federer has confirmed his participation for the 2014 event, to be staged from 29 December 2013 through to 5 January 2014.

Single session tickets and ground passes on sale –  Wednesday 9 October at 9 am (EST).

The Apia International Sydney, to be staged from 5-11 January 2014, gives the world’s best some valuable match practice before they head to Melbourne Park for the year’s first Grand Slam the following week.

And there are some exciting new initiatives for 2014, including that everyone who buys an Apia International Sydney ticket will secure a reserved seat on Ken Rosewall Arena – the tournament’s centre court – and access to seating on all outside match courts.

There are three seating options on Ken Rosewall Arena:

Gold – a reserved Ken Rosewall Arena seat in your chosen location; available for all 10 sessions.

Silver – a Ken Rosewall Arena experience in designated zones during early-round action (Sunday through Tuesday); this replaces the ground pass at an extremely affordable price.

And for families and budding young players, a new child admission price has been introduced in 2014; just $10 all week and a remarkable $15 for finals.

> Find out more about these new initiatives

For those wanting to catch some of the finest female players in action from 5 to 11 January 2014 in the week leading up to the Australian Open make sure you secure your tickets today!

Single session and series tickets are on sale now.

This innovative exhibition event is staged at Adelaide’s Memorial Drive tennis complex from 7-9 January 2014, pitting some of the game’s biggest current stars against legends of the past.