Bernard Tomic and Marinko Matosevic have missed a chance to face off in the China Open quarterfinals after both lost their second round matches in Beijing. 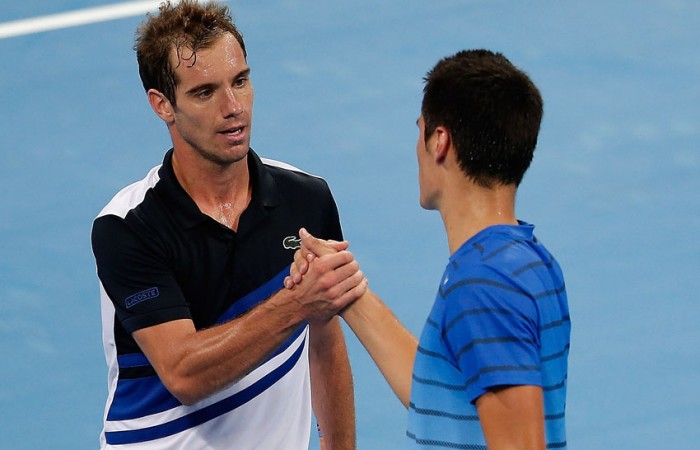 Aussies Bernard Tomic and Marinko Matosevic have missed out on a chance to face off in the quarterfinals of the China Open after both lost their second round matches in Beijing.

But they were competitive in their defeats; Tomic fell 7-6(2) 6-4 to French fifth seed Richard Gasquet, who won with a stunning ace to set up a quarterfinal battle against No.3 seed David Ferrer after the Spaniard overcame Matosevic 5-7 6-1 6-2.

Tomic had defeated Gasquet on Wimbledon’s famed Centre Court in the third round this year, but was unable to replicate his heroics on Beijing’s hard courts; while he managed to belt nine aces, Gasquet created 15 break point opportunities on the 20-year-old’s serve, and converted three.

Matosevic, playing later on Thursday in China, battled for two hours against Ferrer in a far closer battle than their first round match at Roland Garros earlier this season.

Yet the third seed was able to click into a higher gear as the match progressed, pocketing his 49th win of 2013.