Australians Bernard Tomic and Marinko Matosevic have both exited the Thailand Open in second-round matches. 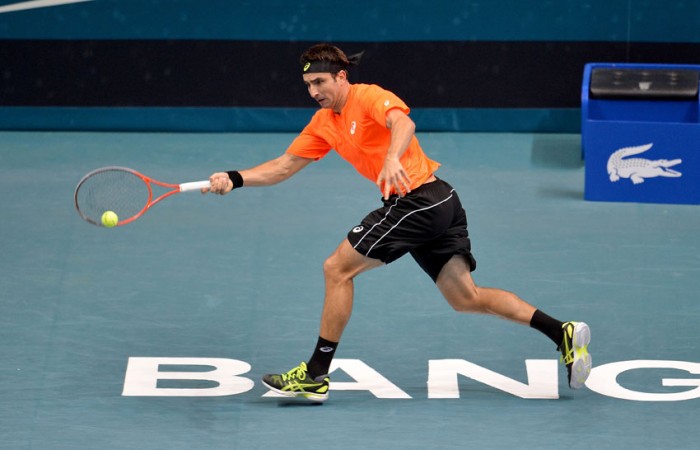 Australians Bernard Tomic and Marinko Matosevic have both exited the Thailand Open in second-round matches.

Simon, who flew to Asia immediately after defeating compatriot Jo-Wilfried Tsonga to win the Metz title at the weekend, admitted that he did not know that he was on the cusp of a personal milestone.

Raonic needed more than two-and-a-half hours to overcome Matosevic, hitting 21 aces on his way to victory.

In the final set Matosevic saved a slew of break points before Raonic finally broke to earn victory.

“It was a little bit frustrating,” Raonic said. “But he played well on a lot of those break points so I can’t always blame myself.”

The Canadian will on Friday meet Feliciano Lopez a month after beating the sixth seeded Spaniard in the US Open third round.

Simon began with an early break against Tomic, carrying that margin through the opening set, which he won in 43 minutes.

The French player earned the break for 6-5 in the second set as his Australian opponent put a return wide.

Simon closed out victory a game later, following another error from Tomic after 79 minutes.

On Friday, the world No.14 will face Dutchman Igor Sijsling, whom he defeated in their only previous meeting indoors in Metz three years ago.

Simon has now reached the quarterfinals or better nine times this season after winning his 34th match of the season against 20 losses.