Tomic, Matosevic into Bangkok second round

Bernard Tomic and Marinko Matosevic have moved into the second round of the Thailand Open in contrasting circumstances on Tuesday. 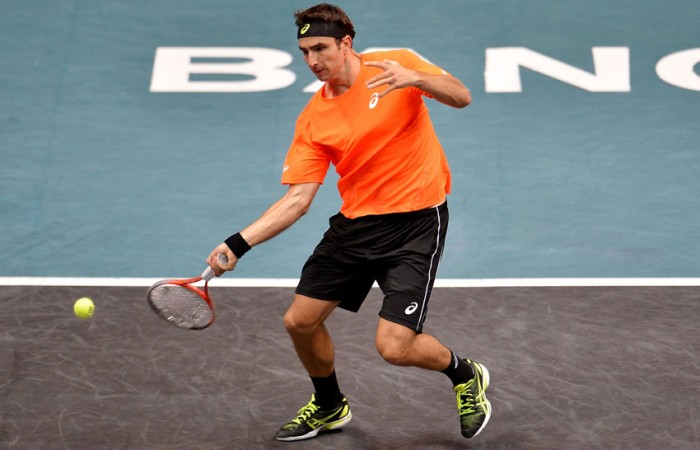 Bernard Tomic has moved into the second round of the Thailand Open after opponent Ivo Karlovic withdrew with a back injury on Tuesday.

Matosevic next faces third seed Milos Raonic, whom he recently beat at the ATP event in Washington DC prior to the US Open.

Tomic, playing his first match since helping Australia back into the Davis Cup World Group with a victory over Poland, struggled early before gaining the upper hand and was leading the towering Croatian 6-7(3) 6-4 4-2 when the injury became unmanageable.

Tomic, winner of the Apia International Sydney in January, spent nearly two hours battling the 34-year-old Karlovic, who dropped out in the third set as his injury problems set in.

Karlovic, a former Bangkok quarterfinalist like Tomic, lost an opening match for the second straight week after going out in Metz, France.

Tomic improved to 24-16 on the season, moving onto a match with 2012 finalist Gilles Simon, the French fourth seed who comes to Asia after winning the Metz trophy.

The Aussie moves into a second round meeting with No.4 seed and last week’s ATP Metz winner Gilles Simon.