UPDATED: Casey Dellacqua has moved into the second round at the Toray Pan Pacific Open, while Anastasia Rodionova was forced to retire with an abdominal injury. 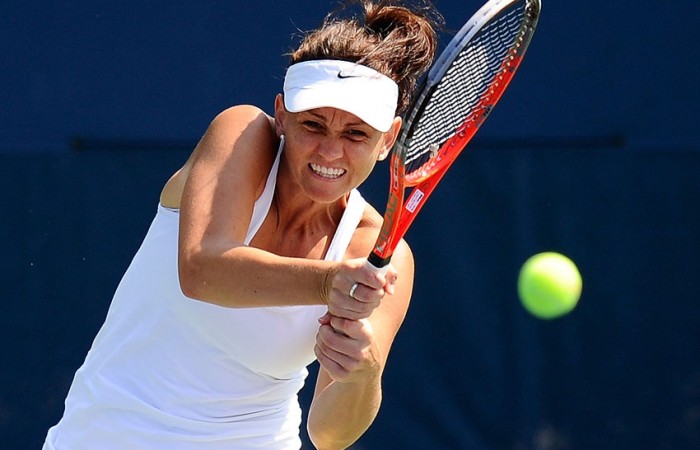 After qualifying for the WTA Toray Pan Pacific Open in Tokyo, Casey Dellacqua has maintained her good form with a straight-set win over Kristina Mladenovic in the first round.

Dellacqua beat the Frenchwoman – ranked 160 places higher at No.49 – 7-5 6-1 to set up a second-round meeting with 16th seed Dominika Cibulkova of Slovakia.

The Western Australian was excellent on the return, breaking serve five times from eight opportunities to progress in one hour and eight minutes.

Dellacqua, whose favourite country is Japan, is yet to drop a set at the $2.37 million WTA Premier event, one of the oldest and most prestigious on the tennis calendar outside the Grand Slams.

And it continues an impressive string of results in Japan; Dellacqua won the ITF singles title in Fukuoka last year, and combined with Ash Barty to capture the ITF Toyota doubles title, also in 2012.

She is teaming with Barty in Tokyo this week; the pair are seeded second and will face Kirsten Flipkens and Petra Kvitova in their opening match.

Date-Krumm was leading 6-2 4-1 when Rodionova retired with an abdominal strain, giving the world No.63 a crack at another Aussie in the shape of 12th seed Sam Stosur.

“I don’t think about my age anymore,” said Date-Krumm, who turns 43 this week and achieved her career-high ranking of No.4 back in 1995.

“Stosur is big and powerful. I’m not crazy about that but I’ll see what I can get out of my punctured body and see what happens.”