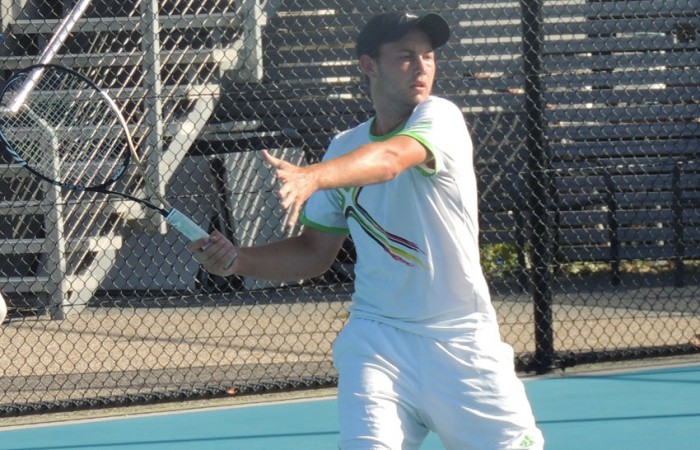 In what would be his biggest career scalp so far, Polkinghorne held his nerve to defeat Saville 6-3 4-6 6-3.

Another enthralling encounter followed on centre court as fifth seeded Sally Peers from Victoria was made work hard for her 7-6(7) 3-6 6-2 win over Queenslander Olivia Tjandramulia.

Peers was joined in the quarterfinals by 15-year-old Queenslander Priscilla Hon; Hon dominated from start to finish against Romanian sixth seed Daiana Negreanu, running out a 6-0 6-3 victor.

Friday’s quarterfinal action kicks off at the Cairns International Tennis Centre from 11am.

Rounding out the day’s centre court action will be third seed Adam Feeney, who will be challenged by Queenslander Maverick Banes.