Matosevic through, Tomic out of Montreal

Marinko Matosevic has enjoyed a comfortable passage into the second round of the Canadian Masters in Montreal, while Bernard Tomic fell to Florian Mayer. 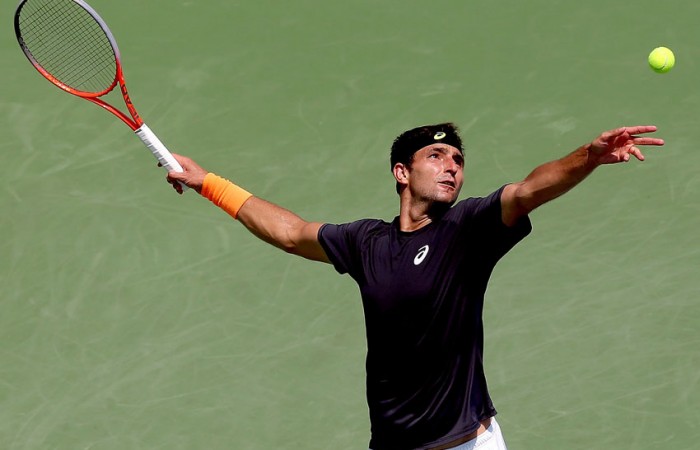 Marinko Matosevic has continued his good form in the United States with a straight set victory over fellow qualifier Benjamin Becker of Germany at the ATP Canadian Masters event in Montreal.

Matosevic, who last week reached the quarterfinals last week in Washington DC, recorded a comfortable 6-2 6-3 victory in just over one hour.

He moves into a second round match against either 10th seed Tommy Haas or qualifier David Goffin of Belgium.

Meanwhile, Matosevic’s compatriot Bernard Tomic was on Monday knocked out in three sets in the first round by Florian Mayer of Germany.

Tomic’s chances of playing top seed Novak Djokovic in the second round ended after he fell 5-7 6-3 6-3.

The 20-year-old, who lost in the second round of the Washington tournament last week to eventual champion Juan Martin del Potro, complained of windy conditions but was more upset with his own lack of initiative after winning the opening set.

The Australian No.1, ranked 41 in the world, made a good start but could not maintain his form against the experienced German.

“I was up 5-2 in the first set and should have closed it out in the second,” said Tomic.

“In the second set, I didn’t start that well. My concentration dropped and he played well.”

“Florian is one of those guys who plays well once he gets his nose ahead,” he said.

“In the first set, he was tight but, in the second, I missed my opportunities and didn’t focus very well – he took over then.”