Aussies in action at Canada Masters

Several Aussies will continue their preparation this week ahead of the US Open at the ATP/WTA Canada Masters. 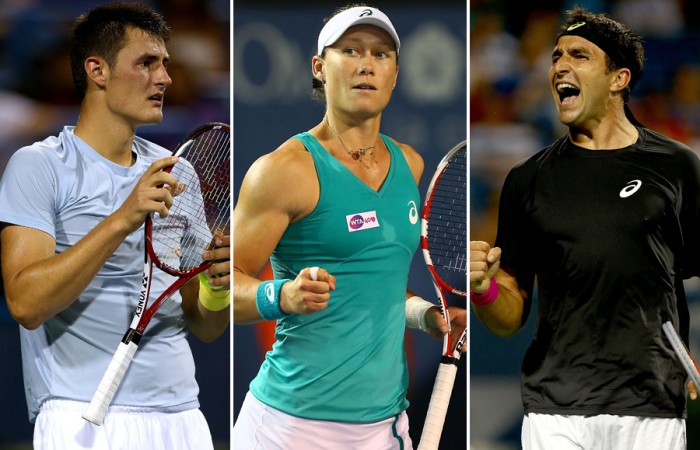 Several Aussies will continue their preparation this week ahead of the US Open at the ATP/WTA Canada Masters.

The women will head to Toronto, where Sam Stosur will look to continue the stunning form that saw her capture the title at the Southern Californian Open on Sunday.

Stosur is seeded 12th at the Rogers Cup, and will take on Israeli qualifier Julia Glushko in her first round match.

A potential third round battle looms against defending champion and No.6 seed Petra Kvitova.

The Australian made it all the way to the final in Toronto in 2011 before falling to Serena Williams; she reversed that result in spectacular fashion just a few weeks later in the final of the US Open.

Joining Stosur in the main draw at Toronto’s Rexall Centre is compatriot Anastasia Rodionova, who qualified for the tournament and will face Russian Ekaterina Makarova in round one.

Rodionova defeated Tamira Paszek in the first round of qualifying before being gifted a walkover into the main draw when final-round opponent Madison Keys withdrew due to a shoulder injury.

The men will do battle across in Montreal at Uniprix Stadium, with Bernard Tomic and Marinko Matosevic flying the Aussie flag at the ATP Masters 1000 event.

Tomic will take on German Florian Mayer in the first round, with the winner in the second round facing top seed Novak Djokovic, who is aiming for his third straight trophy in Canada.

Matosevic, meanwhile, continued his sizzling form with a pair of wins in qualifying.

Having reached the quarterfinals in Washington DC last week, Matosevic bested Rik de Voest and Jack Sock in the qualifying rounds and will now line up in the main draw against fellow qualifier Benjamin Becker.

A likely second round battle would come against No.10 seed Tommy Haas.